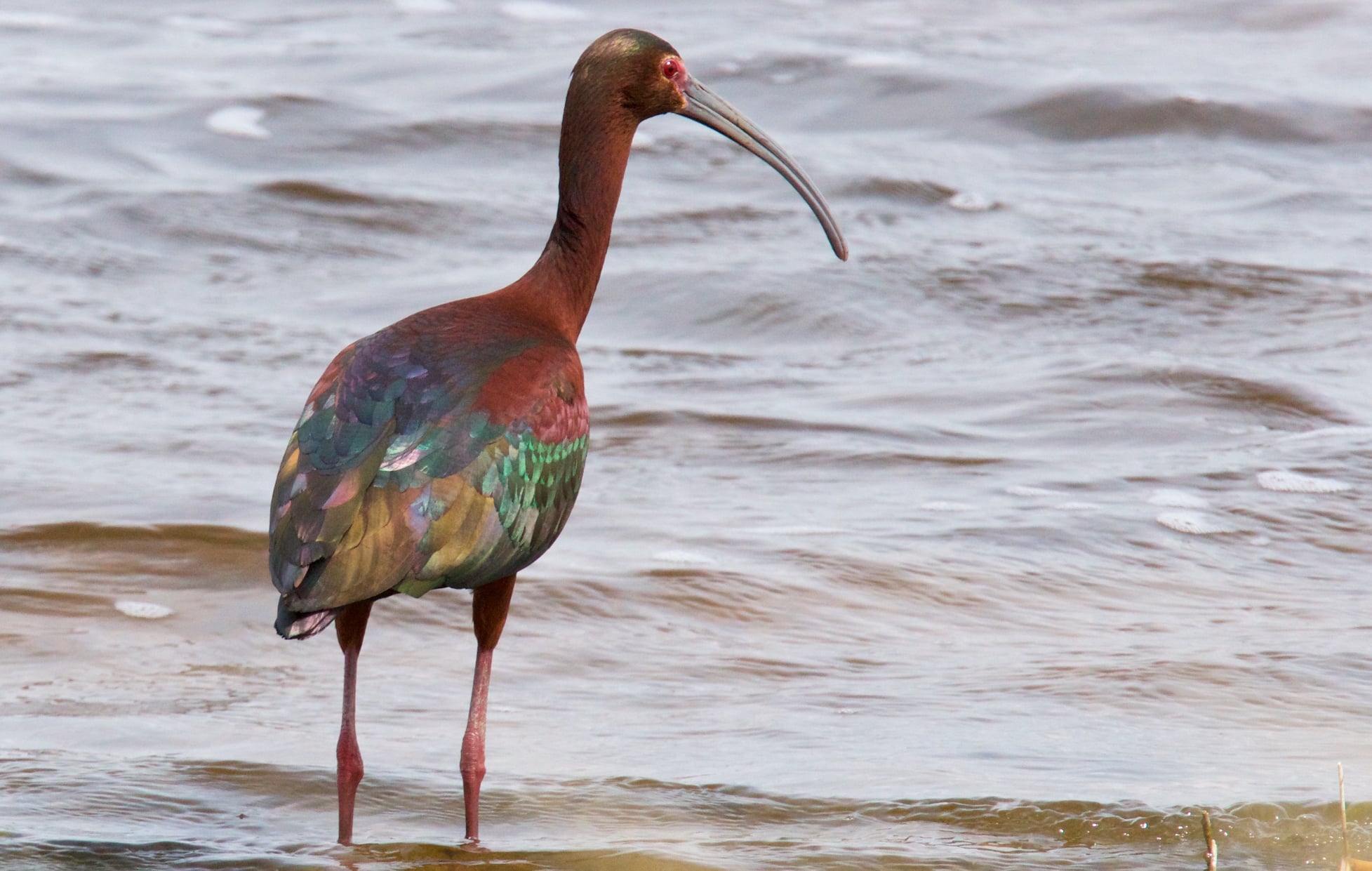 Wildlife photography during gloomy periods are not as rewarding as when the sun makes the colors of a subject pop. The spring of 2021 seemed unusually cloudy. From April 15 through May 31—a period of 46 days—only 13 days in the Lincoln, Nebraska, area were free of clouds.

I had hoped to spend a week in western Nebraska in mid-May. Ruth and I drove to Crescent Lake north of Oshkosh where the sun broke out just as a white-faced ibis strutted along a shoreline. I’ve seen simple rocks become beautiful stones after a polishing process. The sun did the same to the ibis as its iridescent feathers transformed from plain reddish-brown into a jewel-like appearance.

My luck didn’t hold because my 400mm f/2:8 lens broke the morning of the second day, and I decided to return home. But it was worth the trip just to see how the sun turned that ibis into a living gemstone.

An earlier trip to North Lake Basin near Utica was rewarded by a flock of migrating ibises. We first saw the birds standing in a line strung out across the road. As usual, it was cloudy, and only a hint of green decorated each bird as they flew into the marsh. But their appearance justified my belief that they rank among the most interesting of shorebirds.

A white-faced ibis is nearly 2 feet in length and has a 3-foot wingspan. But what draws attention is its long, curved bill. Its Latin name refers to its bill and means “scythe” or “sickle.” According to Audubon, the bill has sensors that allow the ibis to feel various insects, mollusks and crustaceans as it probes the mud. Fish, frogs, lizards and snakes supplement the diet.

The Mississippi River seems to be an ibis border. The white-faced ibis is found primarily west of the river while the similar-appearing glossy ibis thrives east of the river. The two species occur together in the southeast. The facial patch of skin on a white-face is bordered by white feathers, which disappear after the mating season. A white-face also has red eyes. A glossy is a bit larger, has dark eyes and gray facial skin.