Whenever I see a butterfly 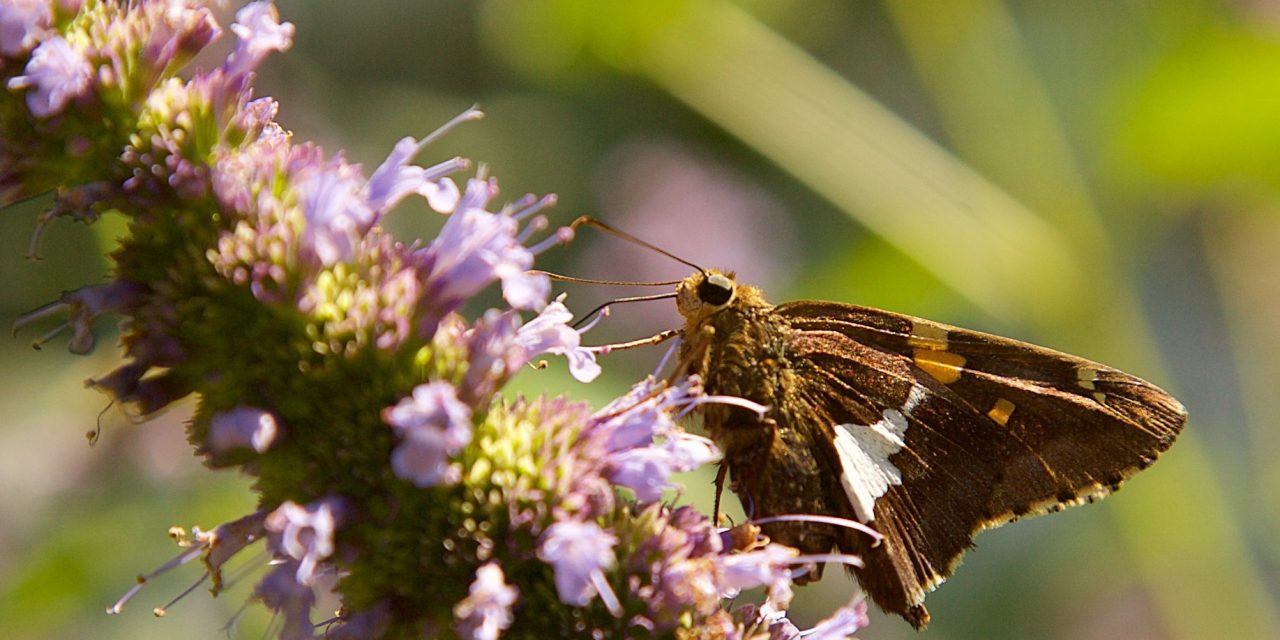 Thank you to my friend Larry Porter for letting me share his story and photos.

Whenever I see a butterfly, an image of a U.S. Air Force refueling tanker pops into my mind. I see a flexible hose dropping down from the belly of the tanker to a thirsty fighter jet beneath it as mid-air transfer of fuel takes place.

The proboscis of a butterfly enables it to take on fuel, too. When not slurping nectar through its proboscis, the long, straw-like tube is curled up beneath a butterfly’s chin (if it can be called a chin). To reach a flower’s nectar, the insect uncoils the flexible tube, inserts it deep into the blossom and sips away.

A widespread cloud of painted lady butterflies has engulfed the Midlands in recent weeks. Orange and black wings flutter from automobile grills, and drivers must clean yellow-splattered windshields at regular intervals. Another hatch has occurred in eastern Nebraska and western Iowa—the second this summer—and the newly-minted adults have one objective. They must mate before they die.

A painted lady’s entire life cycle lasts about two months. That cycle is composed of four stages: eggs (7 days), larvae (14 days), pupa (7 days) and butterfly (14 days). The swarms from the area’s second generation hatch of the summer began to appear in mid-July and were still in great numbers through the first week of August. That is causing concern among the region’s soybean farmers. Soybean leaves rank high on the preferred food list of the insect in its caterpillar (larvae) stage. During an earlier hatch this summer, one Iowa farmer reported that he spent $30,000 on a pesticide application to control the caterpillars. The larvae are also called thistle caterpillars. In addition to soybean plants, they also feast on Canadian thistle, plus more than 100 other species of plants.

It appears there is time for the summer’s third generation to emerge. Those are the painted ladies that will migrate to the desert southwest or along the Gulf Coast. There the two-month life cycles will continue until it’s time for the generation that emerges in the spring to migrate north.

The painted lady is one of the world’s most common butterflies and is found every continent except Australia and Antarctica. It is rarely seen in South America. It flies at nearly 30 miles an hour and can migrate up to 100 miles a day.

Debbie Hadley, a New Jersey science educator, says on overcast days painted ladies can be found huddled on the ground in small depressions. They become much more active under a sun-splashed sky. According to animalsake.com, that’s because they have sensors on their wings that require sunlight to help them fly. This means they are sort of solar-powered creatures.

An interesting note about a butterfly’s proboscis: It is in two pieces when a butterfly emerges from the pupa. The butterfly must assemble it during the hour or so that it hangs from a leaf and waits for its wings to straighten.

Here are three images of painted ladies, along with a silver-spotted skipper, that show the tube-like proboscis of each. 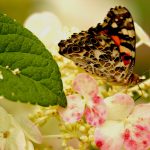 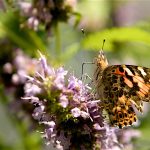 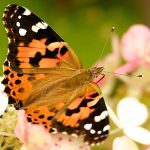