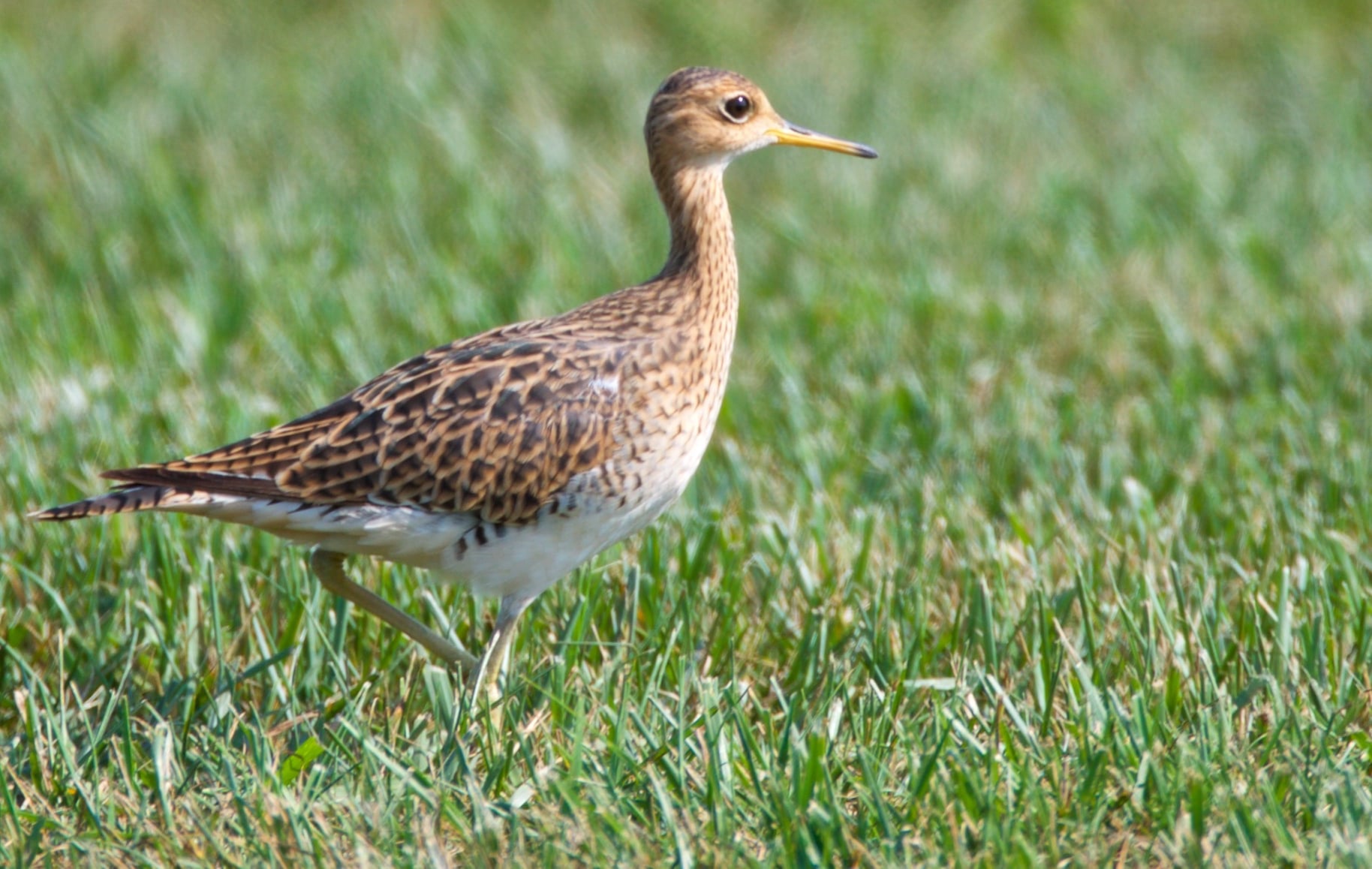 Classifying upland sandpipers as shorebirds seems as unlikely as saying bunny rabbits are ferocious. But even though upland sandpipers refuse to get near water, they are considered shorebirds. And, yes, one rabbit gained fame for attacking a U.S. president.

Jimmy Carter was fishing on a lake near Plains, Georgia, in 1979 when a swamp rabbit leaped into the water and swam toward his boat. Legendary accounts of the incident tell how the rabbit—a large cottontail species that prefers swamps and wetlands of southern states—achieved notoriety as a “killer rabbit.” A nation chuckled at the notion of a fearless rabbit hissing and gnashing its teeth as it bore down on Carter. The president beat back the killer rabbit by swinging an oar at it.

Years later, Carter said the story swelled into mythical proportions because his press secretary might have added some embellishment as he recounted the incident to some reporters at a bar. The real story, according to Carter, is that the rabbit was being chased by some hounds and leaped into the water to escape. Carter’s boat just happened to be in the path of the fleeing rabbit, and the president merely used an oar to splash some water on the rabbit and redirect its flight path. The good news, Carter added, was that the rabbit made it safely to shore

In the aftermath of the story some folks who had pet rabbits didn’t believe they could swim. So rabbits were tossed into water all over the country, and folks learned they really could swim.

Unlike swamp rabbits, upland sandpipers seem to have an aversion to water. They hunt for insects on high ground, preferring pastures and prairies. They are commonly found throughout the northern Great Plains states but some spend the summer months as far north as southern Alaska. Their migrations south, primarily between the Mississippi River and the Rocky Mountains, are marathons and begin in late July. They completely vacate North America by mid-September and spend the winter from southern Brazil to south-central Argentina.

Lincoln birder Steve Kruse told me months ago that a particular Saunders County sod farm was a favorite migration stop for upland sandpipers. He called last week and said a flock of about 40 had arrived. Wendy Henrichs, who retired as athletic director at Lincoln East High, has become enamored with bird photography and joined me at the edge of the sod field. We watched the birds and wondered how far they walked in a day as they took jerky steps—sometimes even breaking into brisk runs—while foraging almost non-stop for insects.

They are a medium-sized shorebird, about 12 inches in length, and have small heads, thin necks and large, dark eyes. Their association with native prairie is so strong that scientists consider them to be an “indicator species” that measures the quality of a habitat. They are listed as endangered in most New England states where, according to the Cornell Lab of Ornithology, the majority of their nesting sites are on the grounds of airports because the short grass imitates their natural prairie habitat.

Their aversion to water has created consternation for scientists who are in charge of naming the world’s creatures. They were officially called upland plovers before their name was changed to upland sandpipers in 1973.