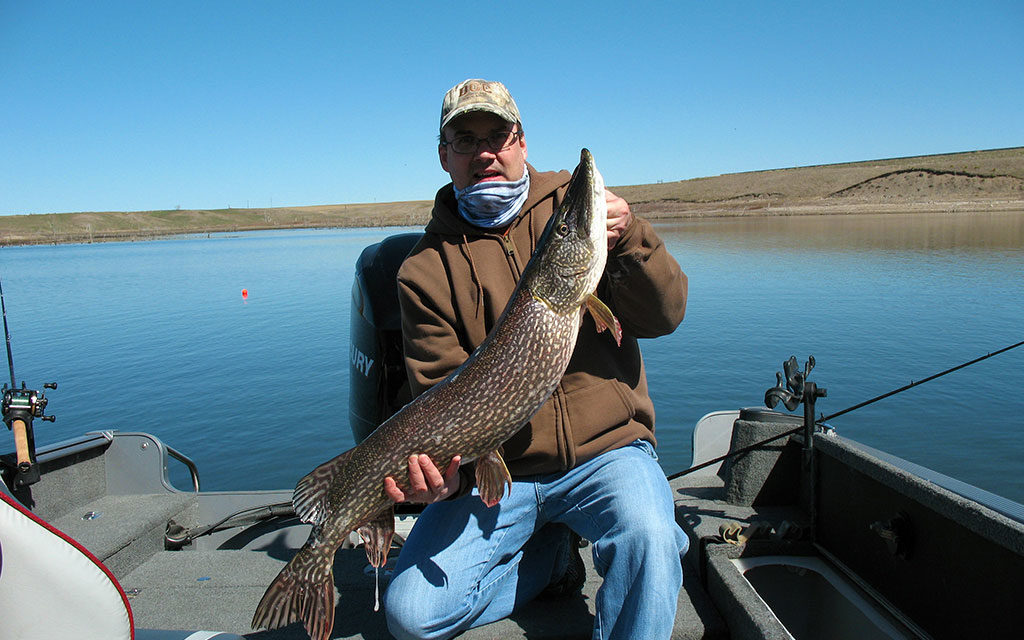 Another must try on Lake Oahe. In 2011 Lake Oahe was bursting at the seems from heavy snow melt and copious amounts of spring rain. The Corp of Engineers I’m sure remember that year – but that is another story. The high water was good for the fish of Lake Oahe especially the northern pike. The high water submerged weeds, bushes and everything else that had been growing along the banks. Pike are shallow water spawning fish, so all this submerged cover was perfect breeding ground for them. And the pike in Lake Oahe grow pretty quick so catching smaller pike while walleye fishing became pretty common, and they would frequently break off your jig or bottom bouncer rig.

This early spring method for catching northern pike is very similar to my Cats on the Prowl post. I have caught pike on the exact same setup, in the same location as the cats. Pretty much back in any creek arm, and as shallow as you can get. Pike, especially bigger pike will cruise around the back of bays searching for an easy meal, they tend to be loners so the action is not very fast. But the chance of hooking into a 20# pike is very good. The nice part is that catfish and pike share the same area so while fighting a nice catfish your other rig might be getting stared down by a big pike. It is a lot of fun and a good reason to get outside on a nice spring day.