Sometimes you learn the darndest things. 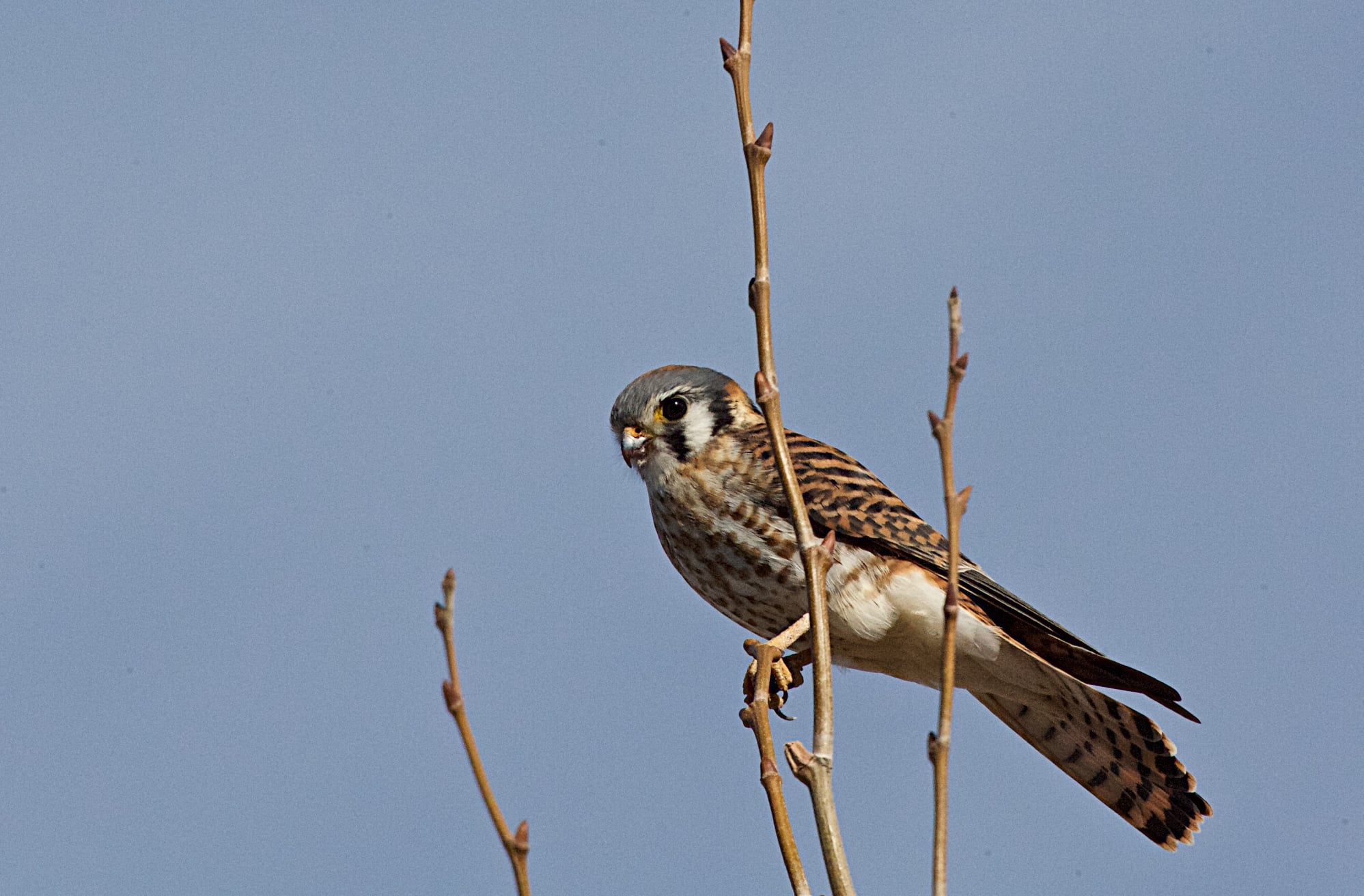 For instance, birds can see ultraviolet light. That’s bad new for a vole, a mouselike rodent that is a common food item for predator birds such as American kestrels. According to the Cornell Lab of Ornithology, voles leave trails of urine as they run along the ground. A hungry kestrel sees such a trail just as we see the contrail of a jet passing overhead. The kestrel only has to follow the bright urine path that leads right to dinner.

The American kestrel, about the size of a blue jay or mourning dove, is North America’s smallest falcon. It is a feisty predator. But when you are the smallest, you’re sometimes the bug and sometimes the windshield. Larger raptors, snakes and even fire ants regard kestrels as food.

A kestrel can be a bit of a ham. Although they are primarily daytime feeders, some are drawn to nighttime sporting events. They perch on light poles or foul poles, then swoop down to nab moths and other insects that are drawn to the stadium lights. Those swooping maneuvers have earned television time when cameramen who spot their antics become bored with lopsided games.

An American kestrel is one of our most colorful raptors. I clicked on this female at Lincoln’s Holmes Lake last February and waited to post it until I could photograph a male to go with it. But since more than a year has passed without getting a male to cooperate, it’s time to move on. The male, with slate-blue head and wings, is even more snazzy.

For the past few days I’ve been watching a yellow-shafted northern flicker drill out a nesting cavity in a dead tree. I’m hoping the flicker can hold off claim jumpers. Kestrels also are cavity dwellers, and they will roust the flickers from their newly constructed home if they find it. But so will other cavity robbers, such as European starlings.

The American kestrel is the most common and widespread falcon in North America. But populations have declined by 51 percent since 1966, according to the North American Breeding Bird Survey. Loss of nesting sites—cutting dead trees and removing hedgerows—have contributed to the decline.