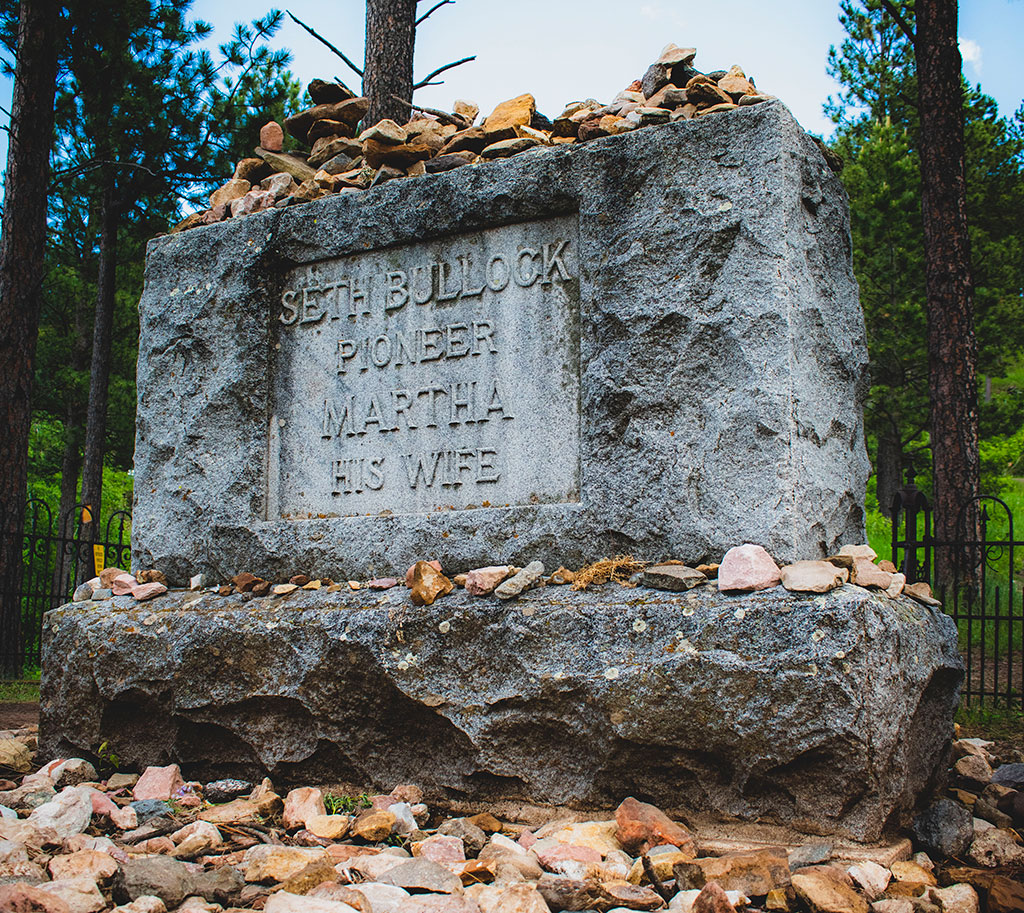 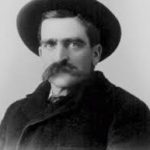 Seth Bullock was a frontiersman, business proprietor, politician, sheriff, and U.S. Marshal who made a name for himself in Deadwood, South Dakota.

Bullock was born in Amherstburg, Ontario, Canada on July 23, 1849, to George Bullock, a retired British Major, and his Scottish wife, Agnes Findley Bullock. By the time Seth was five, the family had moved to Sandwich, Ontario when his father became involved in politics.

Little is known of his boyhood, except that he was frequently at odds with his father’s strict discipline. No doubt, his father’s military-like attitudes concerning politics, discipline, and other viewpoints ultimately led to Seth’s personal “code of honor.” At the age of 16, Seth ran away from home, ending up in Montana where his older sister lived. However, she quickly sent him home to his parents.

Not to be deterred for long, as soon as Seth was 18 he left home for good. By the time he was 20, he was back in Montana, arriving in Helena in 1867. Following in his father’s political footsteps, he ran for the Territorial Legislature but was defeated. However, he did manage to get himself elected as a member of the Territorial Senate, where he served for two years in 1871-1872. During this time, Bullock was instrumental in creating the first-ever United States National Park – Yellowstone.

After serving on the Montana Territorial Senate, Bullock was elected Sheriff of Lewis and Clark County in 1873. Quickly making his presence known, he not only acted as a lawman but also as an auctioneer and entrepreneur, entering into a hardware business with Sol Star. In 1874, Bullock married his childhood sweetheart, Martha Eccles in Salt Lake City, Utah. But when the hardware partners saw a better opportunity in Deadwood, South Dakota, he sent his wife and newborn baby girl back to the security of her family home in Michigan.

Arriving in Deadwood on August 1, 1876, in wagons filled with hardware goods, including picks, pans, shovels, dynamite, cooking utensils, and more, Seth and Sol immediately set up their hardware store in a tent. Later, the entrepreneurial pair bought a lot and built a false front building to house their business, advertising furniture, wallpaper, lamps, and hardware.

By the time they arrived, Deadwood had already gained a reputation as a hell-raising camp, filled with miners, transients, gamblers, outlaws, and prostitutes. The day after their arrival, Wild Bill Hickok was shot by the coward Jack McCall. Outraged, the camp began to demand law enforcement in the ungoverned territory.

Though it is commonly thought that Bullock served as Deadwood’s first marshal, that is incorrect. Actually, the camp’s first marshal was a man named Isaac Brown who was elected by the Miner’s Court after the trial of Jack McCall on August 5, 1876. However, when Isaac Brown, along with the Reverend Smith, and two other men named Charles Mason and Charles Holland were traveling between Crook City and Deadwood, they were ambushed and killed on August 20th. Leaving an open position, the miner’s court soon met again, this time electing Con Stapleton.

In March 1877, Seth Bullock was appointed by Governor Pennington as the first Sheriff of the newly formed Lawrence County. He was also sheriff of the provisional government in what is now known as South Dakota. Undaunted by the county’s lawless and dangerous nature, Bullock wasted no time appointing several fearless deputies to help him “clean up” the town. Before long, order had been established in the former hell-raising camp.

Bullock never killed a man while serving as the Lawrence County Sheriff. According to his grandson, he could “outstare a mad cobra or a rogue elephant” which was generally enough to convince the rowdy elements to settle down before any violence ever took place.

With Deadwood becoming more stable, Bullock sent for his family. Seth’s wife Martha soon became a pillar of the community. With Seth having more time on his hands, he spent much of it ranching and raising horses on a section of land he and Sol had purchased at the divergence of the Belle Fourche River and Redwater Creek. Bullock also dabbled in mining and politics while continuing to serve as Deputy United States Marshal.

In 1884 while bringing a horse thief named Crazy Steve into Deadwood for trial, Bullock encountered Theodore Roosevelt for the first time. Roosevelt was then the Deputy Sheriff from Medora, North Dakota, and the two shared coffee and beans over the tailgate of a chuckwagon on the rangelands near Belle Fourche. The pair quickly formed a friendship that would last through Bullock’s lifetime.

In the late 1880s, Bullock persuaded the Fremont, Elkhorn and Missouri Valley Railroad to build across the ranch, free of charge. Located three miles northwest of the town of Minnesela, the railroad arrived in 1890, and Seth founded the town of Belle Fourche. Bullock and Star offered free lots for any building moved from the town of Minnesela and soon the new settlement soon took over the county seat. Belle Fourche would later become the largest livestock shipping point in the United States.

In 1894, the hardware store in Deadwood was struck by fire and Bullock decided to build Deadwood’s first hotel over the original store and warehouse. At a cost of $40,000, the three-story, 64 room hotel boasted steam heat and a bathroom on each floor. Completed in 1896, the Bullock Hotel quickly became the most sought after luxury hotel of its time. This historic hotel still stands today, continuing to providing lodging as well as a 24-hour casino.

When the Spanish-American War broke out in 1898, Bullock volunteered as one of Roosevelt’s Rough Riders and was named a Captain of Troop A in Grigsby’s Cowboy Regiment. However, the outfit never saw combat as they sat out the short war in a Louisiana training camp. After his short stint in the war, Bullock was from thereon referred to as “Captain.”

When Theodore Roosevelt was elected president, Bullock organized a group of fifty cowboys, including Tom Mix, to ride in the President’s inaugural parade in 1905. Later that year, Roosevelt appointed Seth Bullock as the United States Marshal for South Dakota, a position he held for the next nine years.

Just a few months later, Seth Bullock died of cancer on September 23, 1919, at his ranch near Belle Fourche. He was buried in Mount Moriah Cemetery along with several other colorful characters of Deadwood’s past including Wild Bill Hickok and Calamity Jane. The gravesite once faced toward Mount Roosevelt across the gulch, but the view is now obscured by a half-century growth of ponderosa pines.