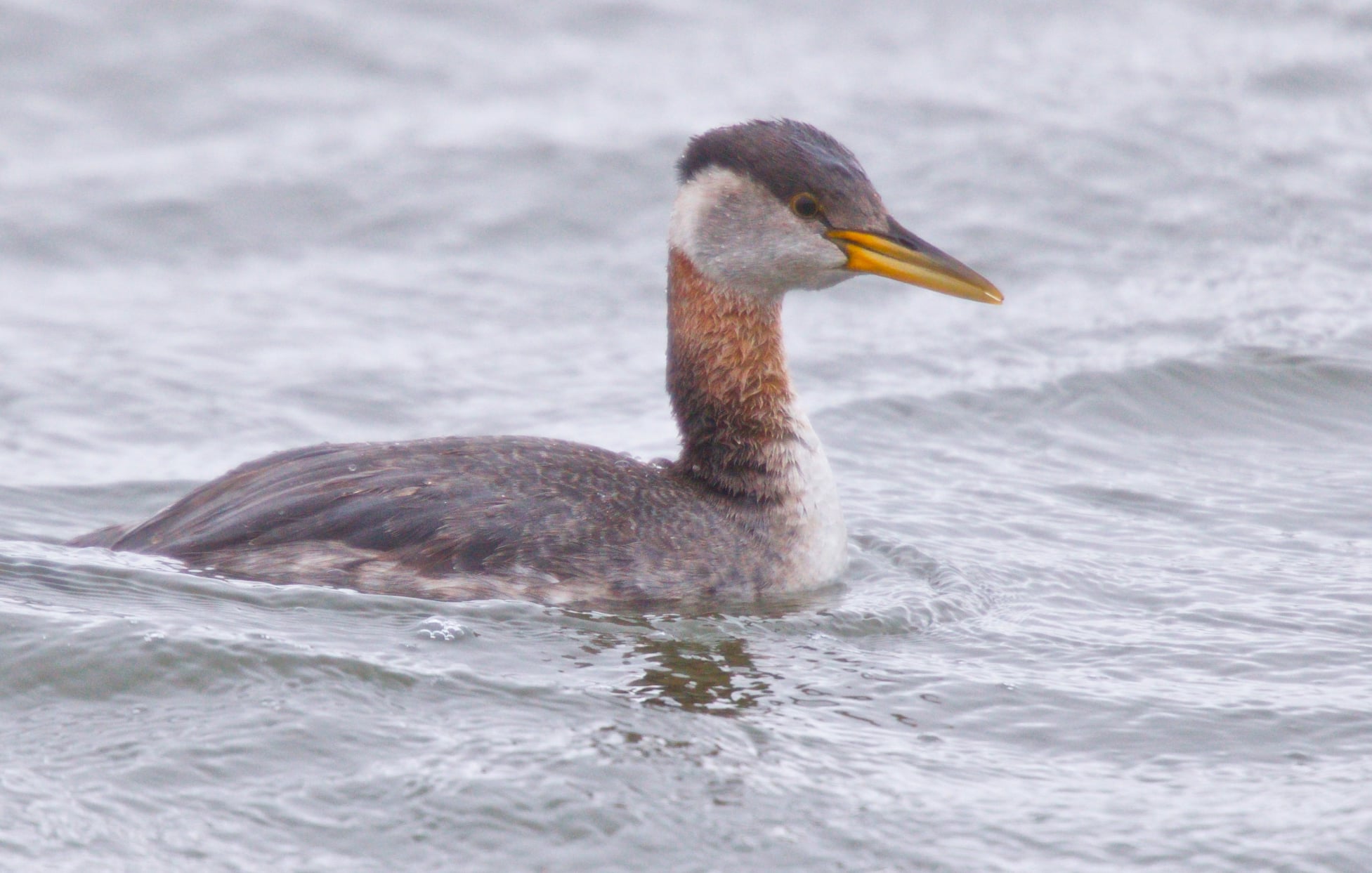 Steve Kruse wore a huge smile beneath his cold-weather hoodie when we met in a parking area near the dam at Stagecoach Lake near Hickman, Nebraska, last week. The mid-April temperature was in the high 20s, a thick layer of clouds produced a gray morning and a stiff north wind barreled straight down the dam right into our faces.

“I saw a red-necked grebe about eight years ago,” Kruse said. “After this, I’ll probably never see another one in my lifetime.” He peered into his spotting scope and gave the dam a lengthy inspection. “There he is,” he exclaimed. “He’s clear at the other end of the dam.”

The springtime appearance of a red-necked grebe is an extremely rare event in the Midlands. How rare? If this redneck meets the criteria—and it should easily sail through the process—it will be only the ninth documented springtime sighting in Nebraska since 1927. That’s just nine confirmed sightings in 94 years, according to Joel Jorgensen of the Nebraska Game and Parks Commission. There have been eight other reports of sightings, but none were confirmed.

Cold temperatures don’t faze red-necked grebes. They normally winter along the northern portions of the Atlantic and Pacific coasts, as well as throughout the Great Lakes region. Ornithologists would have been delighted had this bird been fitted with a tracking device. Nebraska is far south of its normal range. Where did it spend the winter? Where is it headed?

Rednecks breed primarily on freshwater lakes and ponds from Manitoba west through Alaska. Some breeding occurs in Minnesota and Montana.

A quirky trait of all grebes, including the redneck, is that they swallow large quantities of their own feathers. The stomach retains two distinct balls of feathers, but their function is unknown, according to the Cornell Lab of Ornithology. One hypothesis suggests that the feathers help protect the lower digestive tract from bones and other hard, indigestible material. Rednecks also feed their feathers to their young.

Lincoln birder Larry Einemann was the first to identify this rare grebe. It spent a week diving for fish along the dam before finally moving on north. I spent three days on the dam hoping the sun would pop out long enough to intensify the coloration. Out of hundreds of images, I got just one shot of a sun twinkle in an eye. Otherwise, the redneck reminded me of Pigpen, one of the cartoon characters in Peanuts. Pigpen is always caked with dirt, and rednecks seem to be just as dingy. Their cheeks have gray feathers that make them appear grimy.