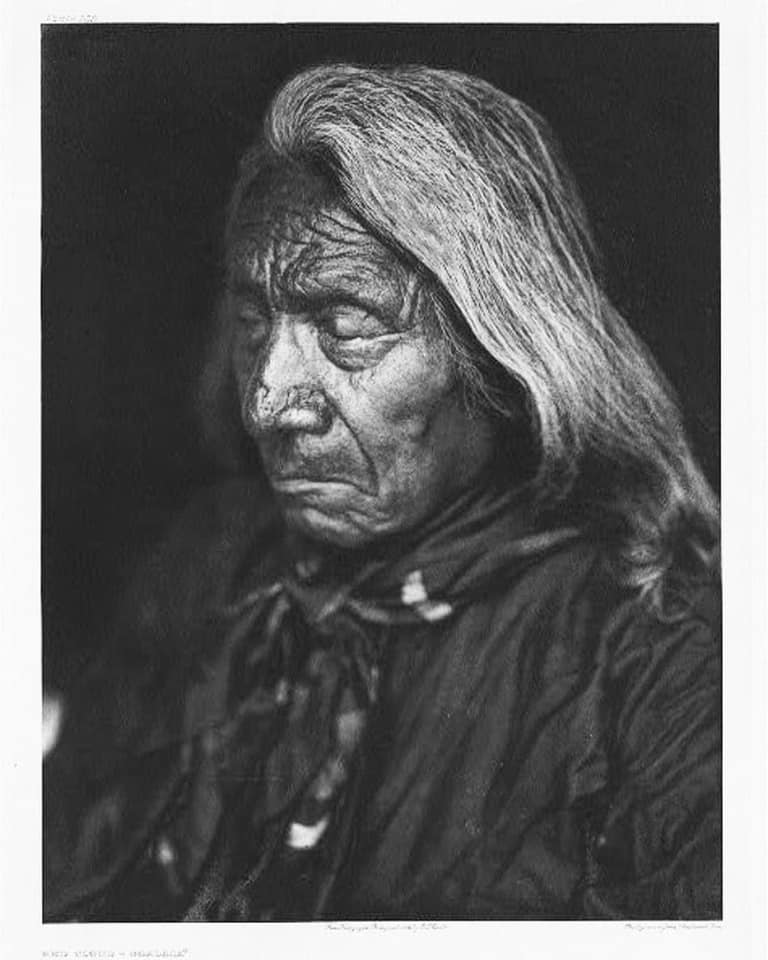 For Red Cloud, protecting the land “where the buffalo roam” was life-sustaining for his Oglala Lakota Sioux tribe, as these majestic animals provided essential food, clothing, and shelter. Upon learning of a Congressional bill that authorized building a guarded road in the middle of pristine buffalo hunting grounds so that California gold could be transported eastward, Red Cloud fought back against the encroachment of the white man.

Gruesome battles ensued, but arrows were no match for bullets. In 1868, Red Cloud signed the Laramie Treaty and his tribe settled on 3,500 square miles of land known today as the Pine Ridge Indian Reservation in South Dakota.

When Red Cloud was nearing the end of his life, Curtis poignantly captured his worn yet still proud spirit with his camera, but there was more to that story. In his introduction to Volume 3 of “The North American Indian,” Curtis conveyed the sadness of the aftermath —

“Powerful in numbers and vigorous in spirit, they [Lakota] roamed almost at will. But in a brief time, all was altered. The game had vanished; under treaty stipulations which the Indians ill-understood, they were concentrated on reservations beyond the boundaries of which they must not wander, and became dependents of the Nation, to be fed and clothed according to our interpretation of the contract”.