Melanterite in the Broken Boot Mine 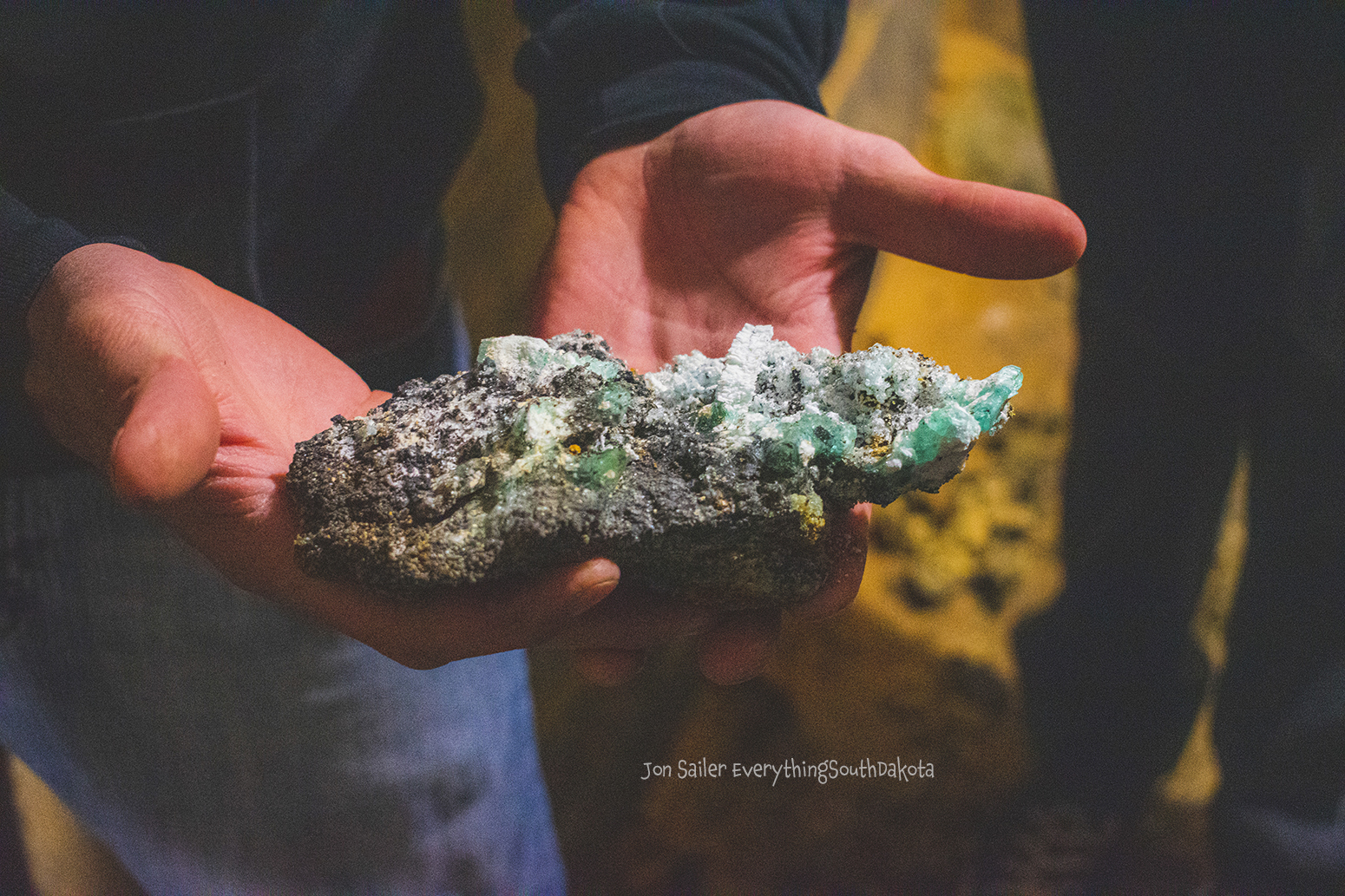 Melanterite is formed after decomposition of pyrite or other iron minerals due to surface waters. So it’s a secondary mineral that forms post mining usually. There is also another mineral that is similar called Chalcanthite. Chalcanthite is a secondary mineral from post mining that forms on the walls due to rapid oxidization of copper deposits and acidic surface waters. The biggest difference is Melanterite is an iron sulfate and Chalcanthite is a copper sulfate.

I’ve seen some beautiful untouched formations of melanterite in other mines. A lot of what was in Broken Boot has been handled too much by us humans.

Thank you to Kayleigh Johnson – Lab Manager/Fossil Preparator at South Dakota Mines for the information.