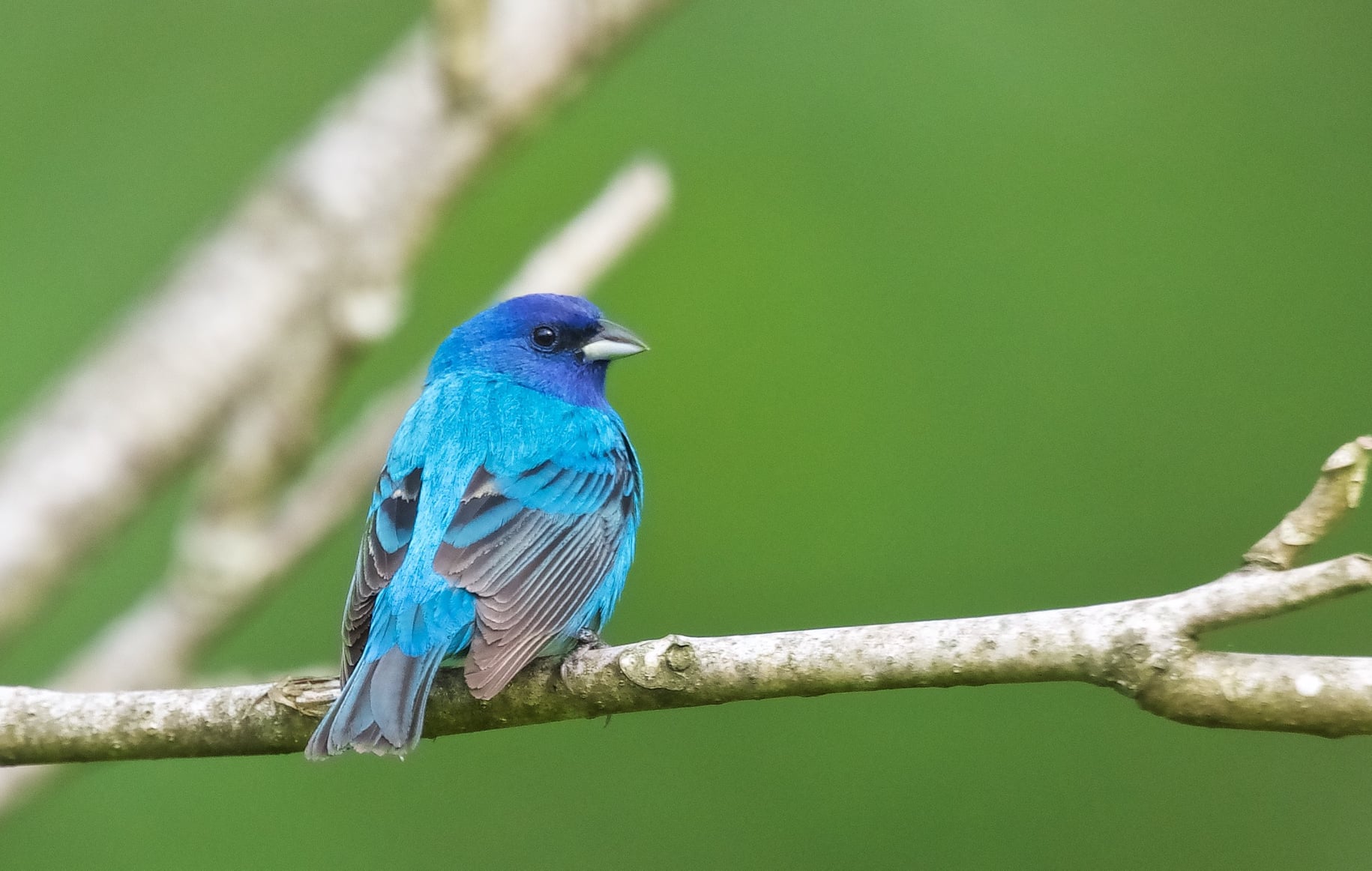 It’s hard to believe, but a male indigo bunting is a fake. Its strikingly beautiful blue feathers are a pigment of our imagination. There isn’t a speck of blue pigment in any of its feathers.

According to the Cornell Lab of Ornithology, their color comes from microscopic structures in the feathers that refract and reflect blue light, much like the airborne particles that cause the sky to look blue. Their feathers do contain the pigment melanin. If you hold a blue feather so the light comes from behind it instead of toward it, you can see the dull brown-black hue of the melanin.

Indigo buntings are common throughout the eastern half of the U.S. I found this indigo on the 1,750-acre Wilson’s Creek National Battlefield near Springfield, Missouri, after attending the Republic High School graduation of Jada Masten, my ninth of 10 grandchildren. This is the site of the first Civil War battle fought west of the Mississippi River on August 10, 1861.

The late-afternoon quiet of the national park was enhanced by the indigo’s song. I thought of the stark contrast between that cheerful indigo song and the thunder of cannons and rifles on this patch of land nearly 160 years earlier. The first Union general to die in the war—Nathaniel Lyon—was killed here. He was among 1,317 casualties suffered by the Union Army. The Confederate Army, which won the six-hour battle on Bloody Hill, suffered 1,222 casualties.

Indigos molt before they migrate south in the fall, and the once-resplendent males now resemble brown sparrows. They migrate at night and use the stars for guidance. According to the Cornell Lab, studies show the birds possess an internal clock that enables them to continually adjust their angle of orientation to a star—even as that star moves through the night sky.