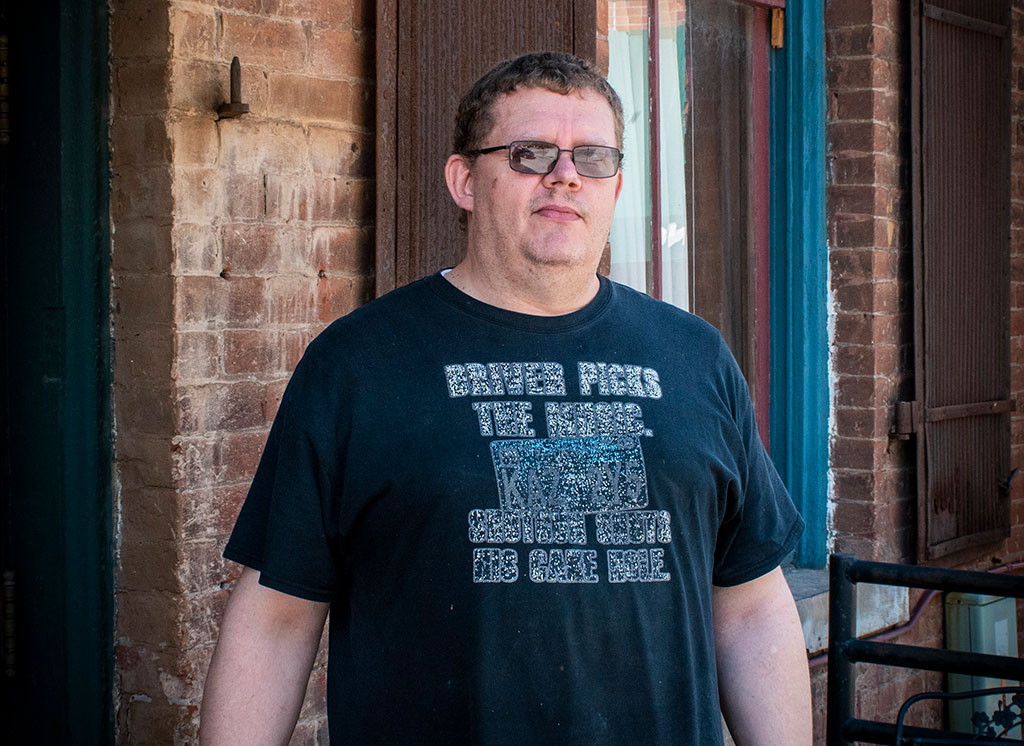 One of our favorite Ghost Adventures episodes is the Halloween special when Zak Bagans, Aaron Goodwin, Billy Tolley, and Jay Wasley visit Deadwood, South Dakota. Well, if you watched that episode you should remember John. John is the Head Chef at the Bullock Hotel and a medium who communicates with several children’s spirits, one named Billy. Back in 1903 the Bullock Hotel was used as a make-shift hospital during an outbreak of cholera and yellow fever that swept through Deadwood.  John and Zak had to separate from each other because both were having negative feelings towards each other.  John said the spirits said “Kill Zak”.  Well, driving by the back of the Bullock Hotel I saw John sitting out back taking a break so I stopped for a quick visit and photo.