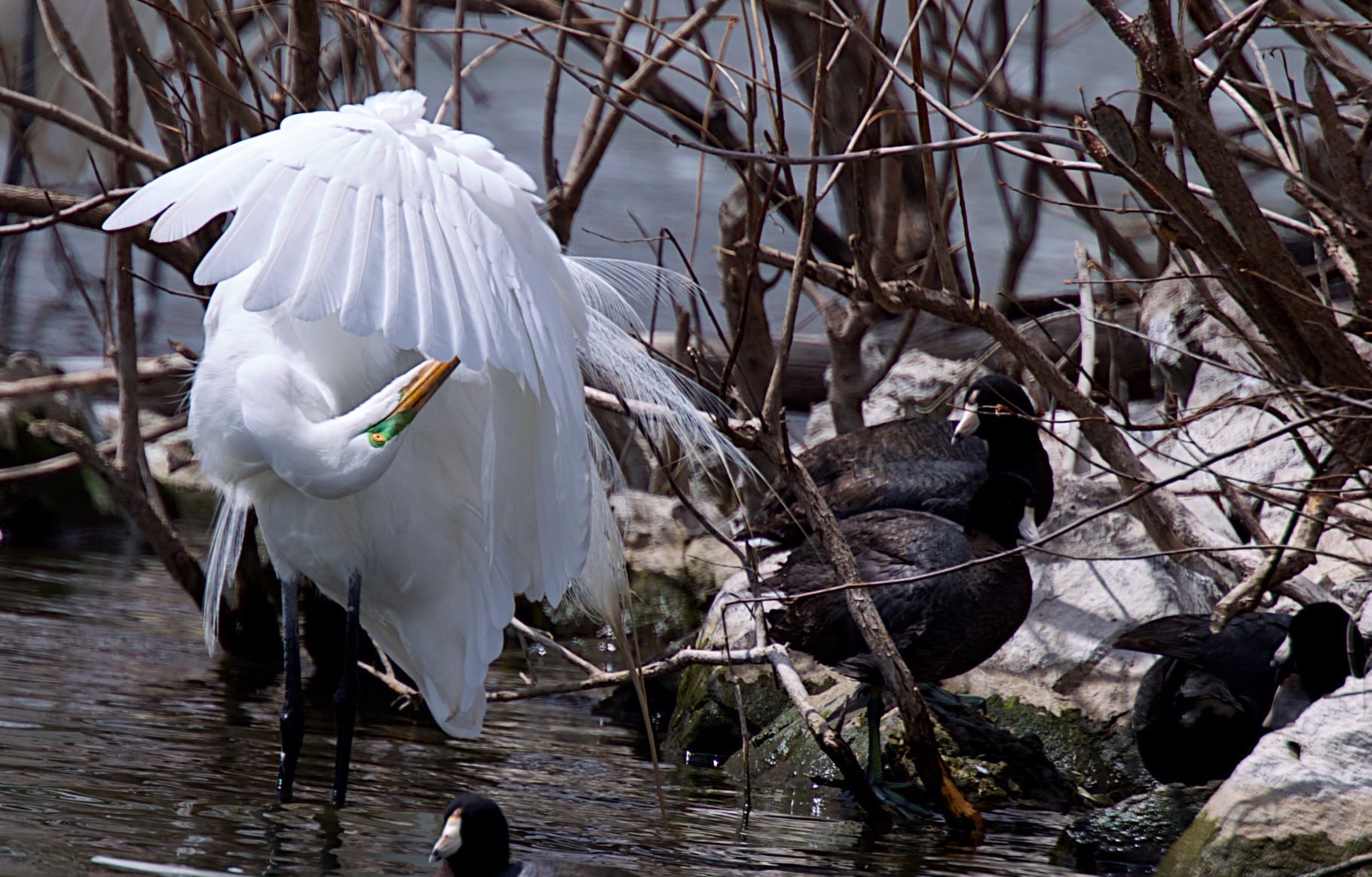 As the father of three daughters and the grandfather of six, I’ve seen my share of primping. But not even preparation for a prom rivals the preening carried on by great egrets during the spring.

Great egrets grow long plumes that flow from their backs like fine, lacey ribbons. Those plumes, along with a green mask that extends from just past the eye to the bill, are a great egret’s costume during the breeding season. Each plume is carefully groomed, and the fashion-conscious egrets become contortionists as they also give attention to regular feathers..

Those plumes once were desired by humans as well. According to the Cornell Lab of Ornithology, more than 95 percent of the great egrets in North America were killed for their plumes in the late nineteenth and early twentieth centuries. Plume hunting was banned, for the most part, around 1910, and the great egret populations quickly began to recover.

Plummeting bird numbers of ornately feathered species sparked conservationists into action. The great egret is the symbol of the National Audubon Society, which was founded in 1905 to protect birds from being killed for their feathers.

These elegant birds aren’t as delicate as they appear. Competition for food is fierce among nestlings, and dominant chicks sometimes stab weaker siblings to death. Chicks also threaten and attack intruders.