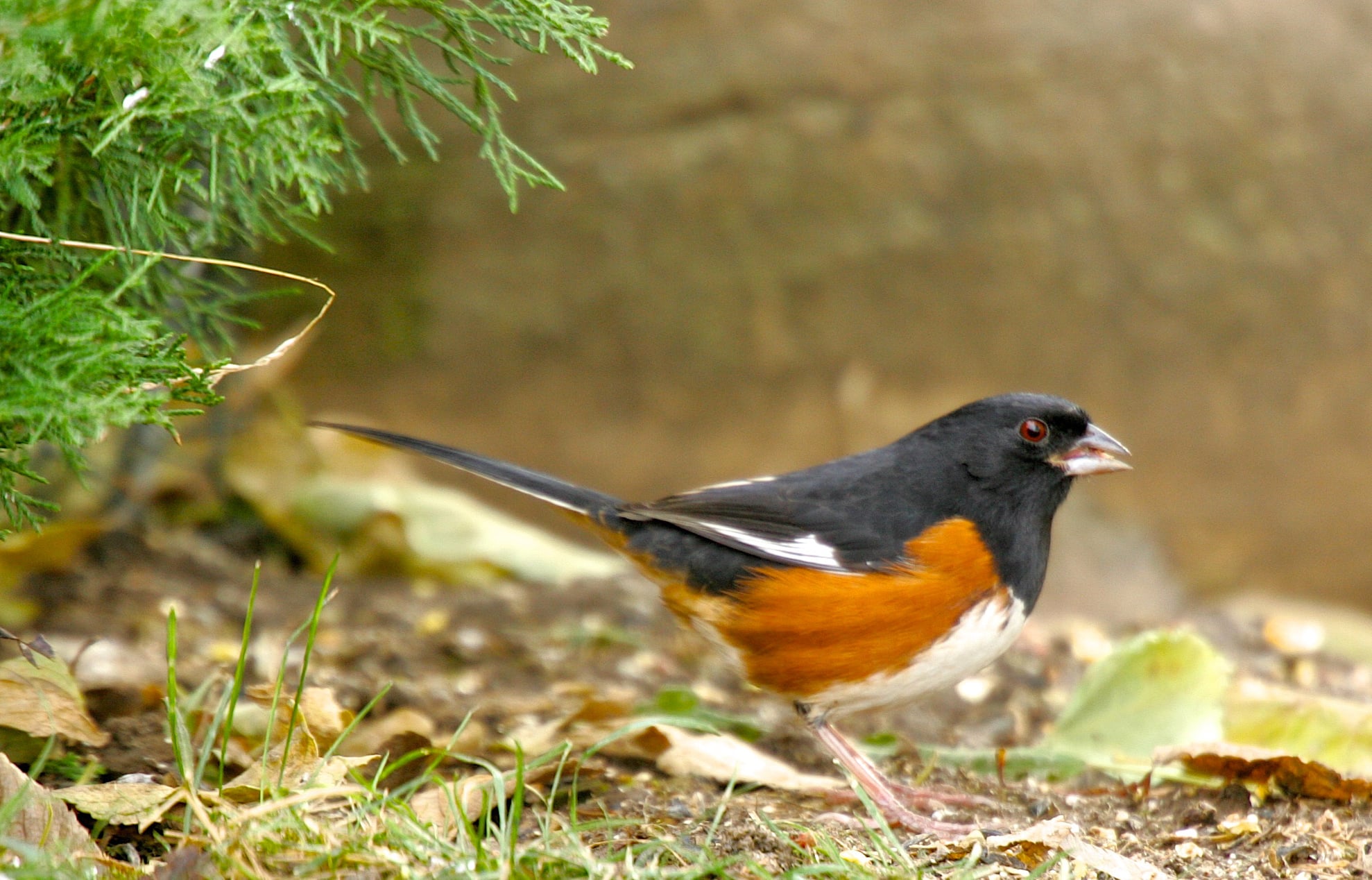 Eastern towhees are easily flim-flammed. It’s too bad they don’t have the Sherlock Holmes type of guile that a woman bowler used to catch a thief.

The woman bowled weekly in a league with two other women on her team. On this particular bowling night she put $40 in her wallet and tucked it in her purse. She paid the fee to bowl, enjoyed the competition and headed home. On the way, she stopped to buy milk. She dug out her wallet and discovered it contained only a $5 bill.

Her money obviously had been stolen while she was bowling. But who would be brazen enough to snatch the money while five other women were within knuckle-rapping distance? Perhaps it was someone on the other team. Maybe someone wandered by and quickly pilfered the money while the bowlers’ attention was diverted. But it could be one of her own teammates.

The crafty woman bought a bottle of thick, green dye—the kind used to decorate cakes. “It was pretty gunky stuff,” the woman said. “It wasn’t going to just wipe off.” Her husband lined the wallet with masking tape so it wouldn’t get stained. Then she smeared the bottom flap of the wallet with the green dye. “I figured whoever it was would slide her hand along the flap of the wallet in order to unsnap it,” she said.

With the trap set, the woman headed for the bowling alley. She set her purse on the floor and began to bowl. Of course she couldn’t watch it while she was bowling. But she soon noticed her purse had been moved from the floor to a seat. As a teammate hurriedly pushed past her and prepared to bowl, the woman picked up her towel.

“It had green finger stains on it,” the woman said. “I looked (at her teammate) and she was bowling with a green hand. Can you imagine? She had the nerve to use my towel to try to wipe off the dye.” The thief worked fast. It was only the third frame of the first game.

The woman immediately confronted the thief. Despite being caught green-handed, the thief denied everything. “I just wanted her to admit what she had done,” the woman said. “But she wouldn’t. She washed her hands several times, but the dye was still under her fingernails when the cops came.” The woman didn’t press charges, but the thief’s bowling registration card was pulled and she was banned from future league competition.

Now about those gullible eastern towhees. Female cowbirds are a shiftless lot. They lay their eggs in the nests of other bird species and expect the unsuspecting surrogate moms to hatch, feed and raise their kids.

Many species are wise to cowbirds and destroy their eggs. An eastern towhee, however, can’t seem to tell the difference. According to the Cornell Lab of Ornithology, a female cowbird will remove a towhee egg and lay one of its own. In some areas, cowbirds lay eggs in more than half of all towhee nests.

Eastern towhees are found in the eastern half of the U.S and southern Canada, ranging only to the eastern edge of the Dakotas. They extend farther west in Nebraska but are rare in the Panhandle and southwest corner of the state.

They nest on the ground and rummage in the undergrowth, making them somewhat difficult to spot. This eastern towhee scuttled out from the brush in the Council Bluffs backyard of Janet Greer.