Check This Out | 2 comments 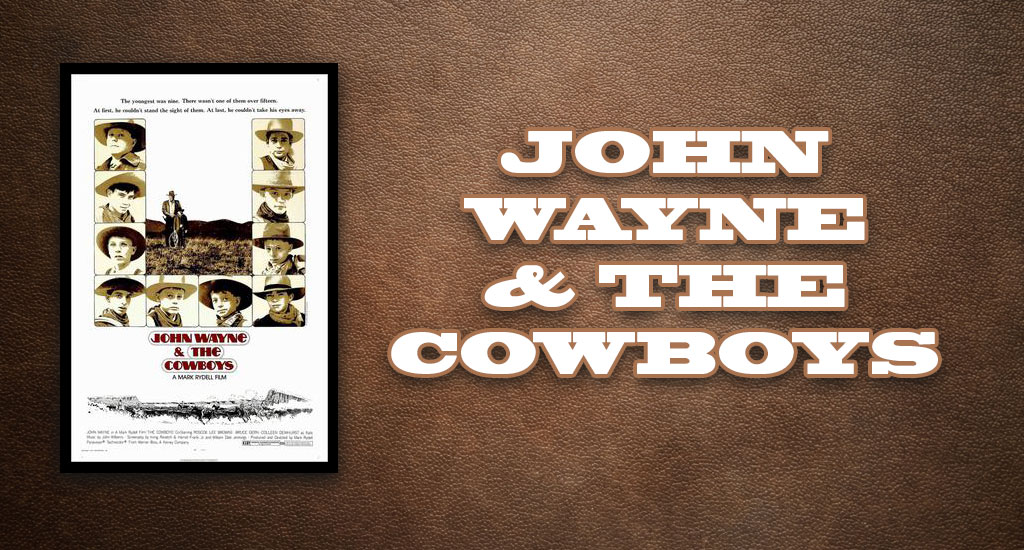 This John Wayne classic from 1972 has one of my favorite John Wayne movie lines of all time.

“I’m thirty years older than you are. I had my back broke once, and my hip twice. And on my worst day I could beat the hell out of you.”

Bruce Dern’s (I love Bruce Dern in these old western’s, he played such a good creep) character kills John Wayne, which is also the first time John Wayne’s character has died in one of his movies.

Below is a very interesting story about some of the “Cowboy’s” that came up to Belle Fourche, South Dakota.

BELLE FOURCHE – Remember the movie “The Cowboys” with John Wayne and a bunch of kids driving a herd of cattle to Belle Fourche, of all places?

Three stars of the 1972 motion picture made the trip to check out the town mentioned as part of the plot.

Al Barker Jr., who played “Fats,” Norman Howell, who played “Weedy” and Mike Pyeatt, who played “Homer,” traveled to Belle Fourche courtesy of the AmericInn to see the town.

All three were impressed with the community and the people, and they appreciated the hospitality.

They also had something to say about working with the man many consider the consummate American hero … John Wayne.

“He was an American icon. It was an incredible experience working with John Wayne. It’s unfortunate that there aren’t more men like him anymore,” said Barker.

Both Pyeatt and Howell echoed those sentiments. “He truly was a man among men. He made it easy to work with, until you messed up,” said Pyeatt.

Howell had an amusing story to tell about the scene where actor Bruce Dern shoots Wayne to death.

“Here was a movie star that had never been killed off in any of his movies, and this was the first. So he came to work the day of the shoot, and was just a little tipsy, and was trying to take the edge off of the moment. He walks up to Bruce Dern and told him, ‘America is going to hate you for this,’” said Howell.

Dern just laughed and told Wayne, a conservative, that people in San Francisco would like him, according to Howell.

The three were asked to audition for the film because they had all grown up on ranches in California and had wrangling experience.

“We were hired to teach the actors how to cowboy. They in turn taught us how to act, so we all benefited from the exchange,” said Howell.

Only Howell has remained in the movie business, as a stuntman, stunt coordinator and a second unit director. He has worked on Dances with Wolves with Kevin Costner, was a stunt double for the actor and is currently a producer on CSI: New York.

Mike Pyeatt is a contractor and Al Barker, Jr. is sheriff for Riverside County, Calif.

The three said they would like to see all the cast members come to Belle Fourche including Director Mark Rydell, to see what the small town is all about.

The film poster image in my post graphic courtesy of https://en.wikipedia.org/wiki/File:Cowboys_1972.jpg