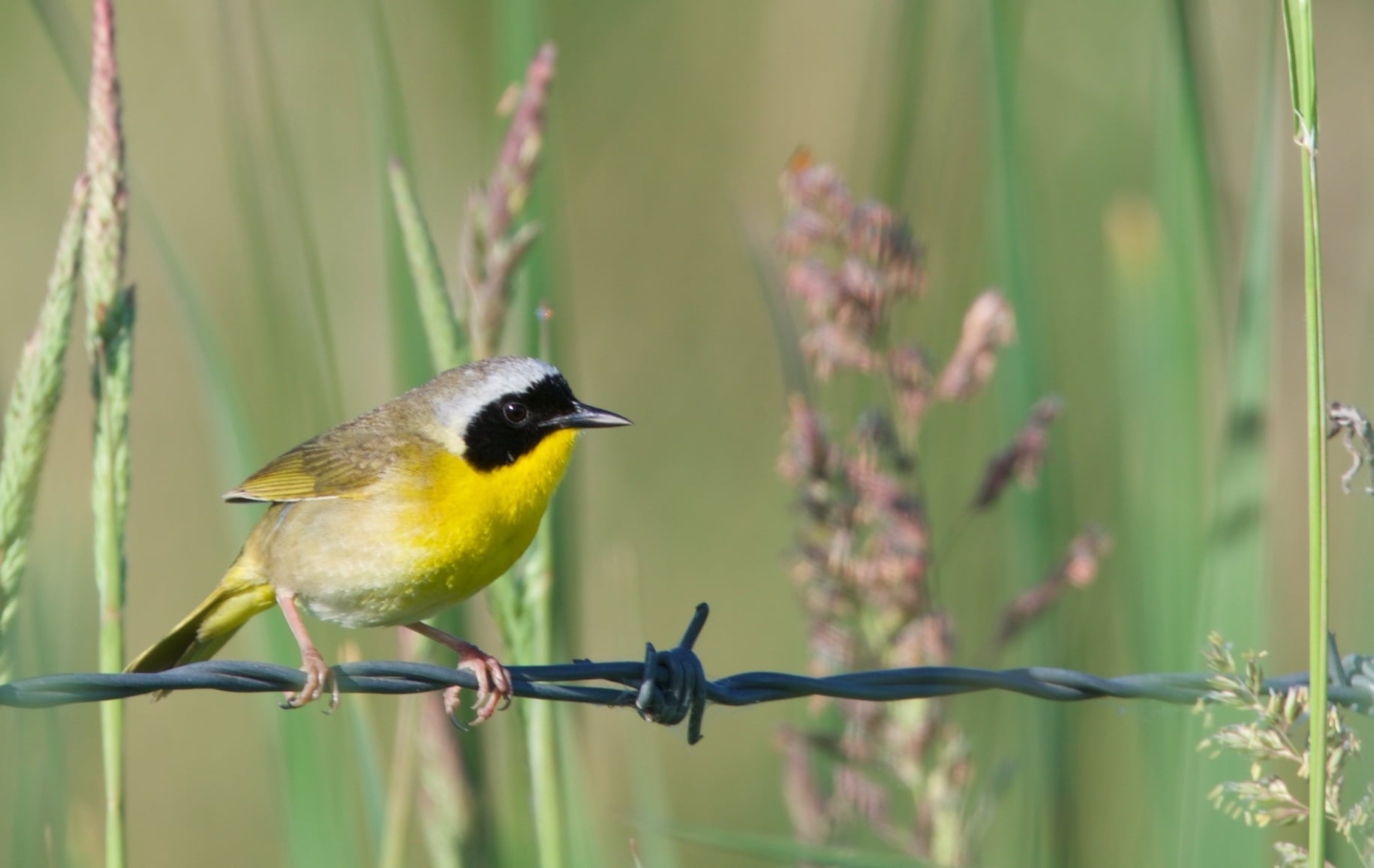 The late Jack Higgins, who steered me into photographing birds, always said that if “common” was part of a bird’s name, it wasn’t common.

According to Audubon, that’s not true of common yellowthroats. The diminutive bird—only 4½ inches long—breeds throughout much of North America. Audubon says the warbler is abundant and is found in practically every reed bed and cattail patch from coast to coast.

I’m a skeptic. I believe Jack was right about common being uncommon. For five years I looked for common yellowthroats whenever I poked around a marsh, yet I never saw one. I eventually concluded they rank right up there with Sasquatches.

That notion changed last week. I’ve been fortunate to forge a friendship with Lincoln birder Steve Kruse. Many of my bird images have been made because Steve told me where I could find them. He called last week and told me to go to Jack Sinn Wildlife Management Area near Ceresco, Nebraska, if I was still looking for a common yellowthroat. Don’t be fooled, he cautioned. If you see a small bird with a white head, don’t shrug it off. I saw a photo of the white-headed bird that he took. It was actually a partially leucistic common yellowthroat.

Lots of animals, birds and even fish are leucistic. A leucistic creature lacks the melanin that colors feathers, skin or fur. But the Jack Sinn marsh covers 632 acres. What would be the odds of me finding that lone, white-headed, common yellowthroat—especially since I had never seen any with normal plumage?

I should have bought a lottery ticket that day. The first small bird I saw was the leucistic yellowthroat, which I named “The Old Coot” because of his white head. Moments later I snapped a photo of a yellowthroat with normal plumage. It obviously helps when a bird expert such as Kruse tells you where to look.

I’ve used bass baits larger than a yellowthroat—and it spells trouble for any of the little birds that live around reed beds where bass hang out. A yellowthroat was found in the belly of a largemouth bass, according to the Cornell Lab of Ornithology. Feathered predators such as merlins and loggerhead shrikes also enjoy dining on yellowthroats. This is the partially leucistic Old Coot (above) and a yellowthroat with normal plumage, which includes a white band above the black face mask.