A very old western South Dakota town, Buffalo Gap was founded in 1877. By 1885, it was a railroad spur for the Fremont, Elkhorn and Missouri Valley line, with more than 1,200 residents. Today, the town has about 180 residents. In its’ early years it was one of the largest towns in South Dakota, but it received the same fate as many other towns of that era. Somebody’s cow kicked over a lantern and it burned the town to the ground, just like the Great Chicago Fire and many others. The town never fully recovered and was never rebuilt to its former grandeur.

The name comes from a gap to the west of town that sheltered buffalo herds in earlier times. Although Buffalo Gap burned down several times, there are a number of historic buildings still standing. Located on State Hwy 79 between Hermosa and Hot Springs, Buffalo Gap intersects with County Road 656, an “off the beaten path” that travelers can take into the Buffalo Gap National Grasslands, Badlands National Park and the Pine Ridge Indian Reservation. 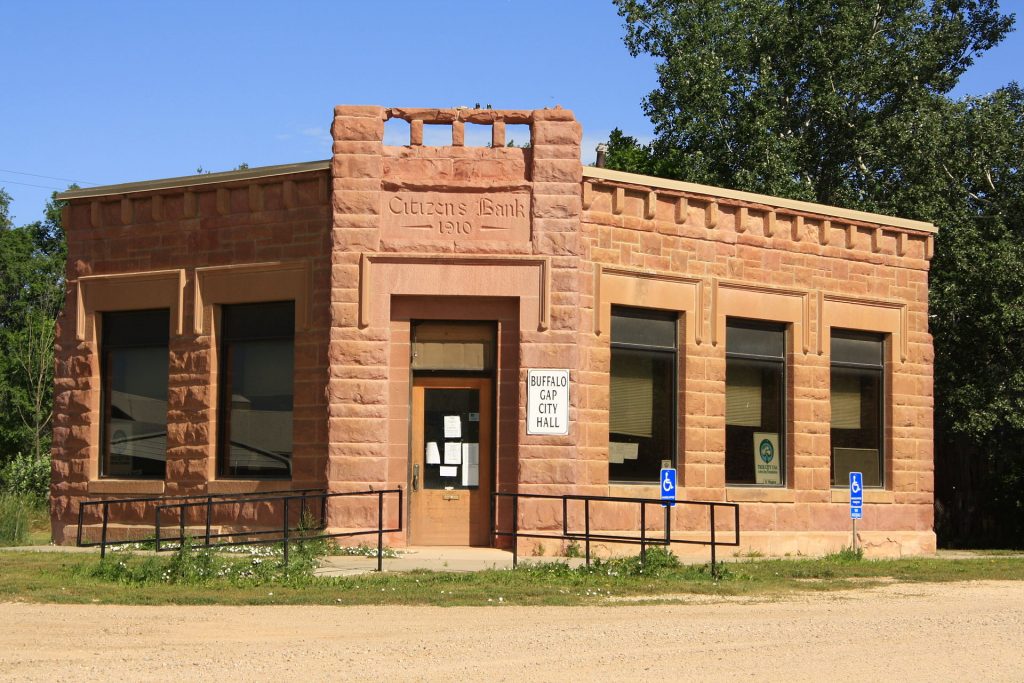