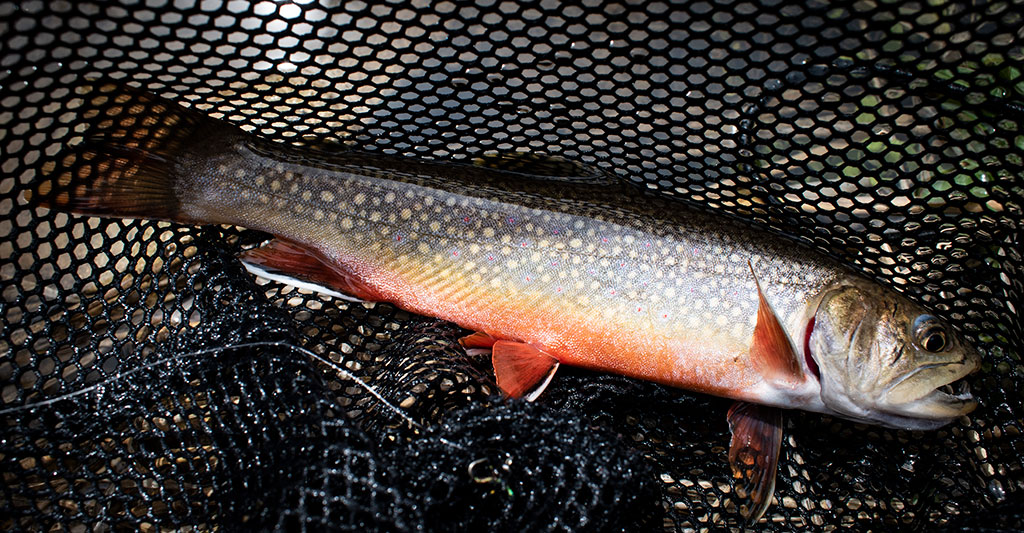 I have had the pleasure to catch and release a few Brook Trout in Spearfish Creek that runs through Spearfish Canyon. I’m not sure if the population of Brook Trout is higher in certain stretches of the stream, because so far I haven’t caught more than one on any given trip. Or maybe it’s because the Brown Trout is more aggressive and beats the other fish to the fly. I know for sure Brown Trout in the canyon are everywhere and they can be pretty vicious attacking a fly! Brook Trout seem less aggressive maybe. With there bright red/orange belly and fins and speckled sides they are one of the most beautiful fish in the Black Hills.

If you want to catch a Brookie in Spearfish Canyon, I have caught them using a strike indicator and a beaded pheasant tail nymph.  My favorite strike indicator by far is the Thill Ice ‘N Fly Special. I have used the “thingamabobber” but found that it twists around too much and gets knotted up on the leader. Just drove me insane. I had some Thill Ice ‘N Fly’s in my strike indicator box but thought they were too big and that they would spook everything in site so I never used them. On a trip to the canyon I ended up losing my strike indicator so I thought I would give the Thill a try. Maybe it was just a fluke, but I ended up catching about 10 or more trout in a row, all in the same stretch. Typically once you catch one the others get a little spooky. The Thill has a very “soft” landing since it’s made of balsa. The thingamabobber seems to make more noise when it lands. The less commotion while fly fishing is always good!