To be part of such a great company with two of the greatest bosses is truly a blessing. I am not just saying this because I have my annual review coming up in October. Working for BPro has been more than just a job, or career. I have learned so many new things, made many friends and get to work with the best teammates a person could ask for. 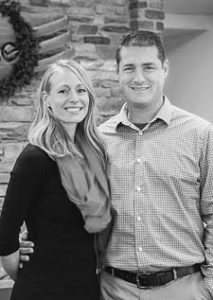 Soon after graduating college and getting married, Brandon and Abbey moved from their childhood hometown of Spokane, WA to Pierre, SD. Brandon had accepted a job at BPro Inc where he could put his degree in Computer Science to work and Abbey got hired soon after as Special Projects Director.

Eight years later, Brandon and Abbey had both expanded their roles at BPro and Sandy Bowers was getting ready to retire. Having fallen in love with living and working in Pierre, Brandon and Abbey bought BPro. The company had recently built an Election Management System for the State of South Dakota and the Campeas saw an opportunity to expand the work BPro did beyond the Dakotas.

Today, Pierre is the only home Brandon and Abbey’s children have known. BPro has grown and now provides election software solutions in 13 states and over 400 counties around the country. BPro has satellite offices in 5 states, but Pierre remains the company’s headquarters and BPro remains committed to its customers, its employees and the town of Pierre.

TotalVote® is a centralized voter registration and election management system that securely captures and manages voter, candidate and all election information. It is the only software system that encompasses the entire election process into one system. Rather than transferring data from system to system and dealing with compatibility issues, election officials are able to log into one system and work on any aspect of the election process.