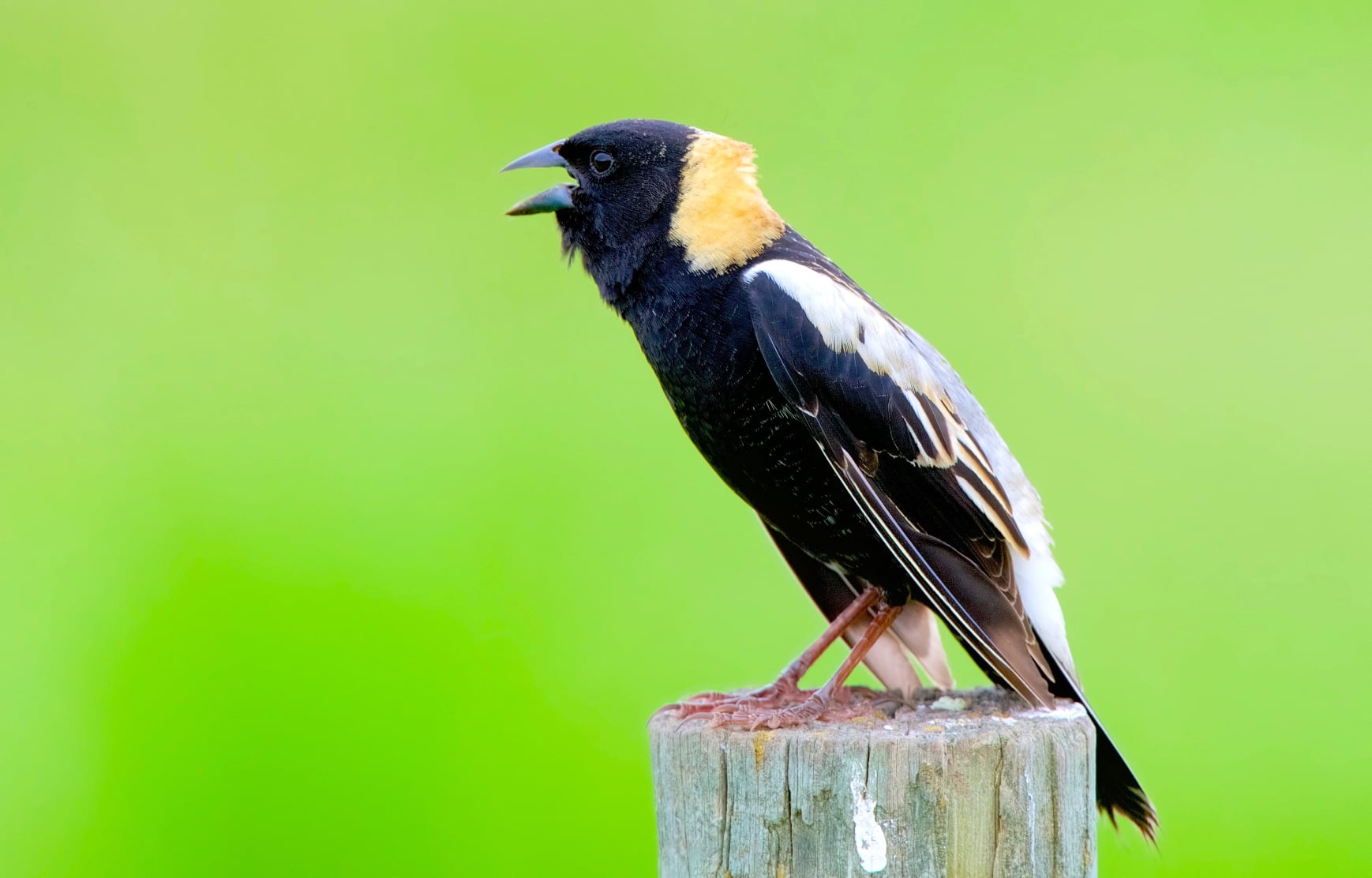 Whenever I see a male bobolink in the spring, an image pops into my head of a pretentious 17th or 18th century European monarch—or even one of our own Founding Fathers. The yellowish patch on the back of the bobolink’s head and nape of the neck reminds me of the wigs worn by the aristocrats of that day.

I learned a few things about wig wearing from an article written by Douglas Perkins for “Lessons From History,” a platform for writers whose objective is to demonstrate the value of historical writing.

For instance, I always believed that George Washington wore a wig. Not true. Our first president had red hair and powdered it white, which carried the notion of being fashionable, wealthy and powerful. However, the next four presidents—John Adams, Thomas Jefferson, James Madison and James Monroe—all wore wigs.

A late 15th century outbreak of syphilis in Europe sparked the wig trend. One of the side effects was patchy hair loss. Men who had patchy hair loss—either by natural cause or because of the disease—were stigmatized. So to avoid sullied reputations, men turned to wigs. They were commonly made from human, yak, horse or goat hair. Powders scented with lavender or orange were used to cover up unwanted odors caused by aging animal hair.

King Louis XIV of France (1643-1715) brought wigs into high fashion. He began to lose his hair at age 17 and hired 48 wigmakers to hide his baldness. His English cousin, King Charles II (1630-1685) also donned wigs when his hair began to turn prematurely gray. By the time wigs became fashionable in America, they had been cool in Europe for more than 100 years.

Bobolinks have the distinction of being the only North American bird to have a white back and black underparts. The unique look has been described as wearing a tuxedo backwards.
Bobolink migrations are marathons. They winter in southern South America and each roundtrip migration is up to 12,500 miles, according to the Cornell Lab of Ornithology. They may travel the equivalent of four or five times around the circumference of the earth during their lifetime. They can orient themselves with the earth’s magnetic field, thanks to iron oxide in bristles of their nasal cavity and in tissues around the olfactory bulb and nerve.