Blush a bit from embarrassment 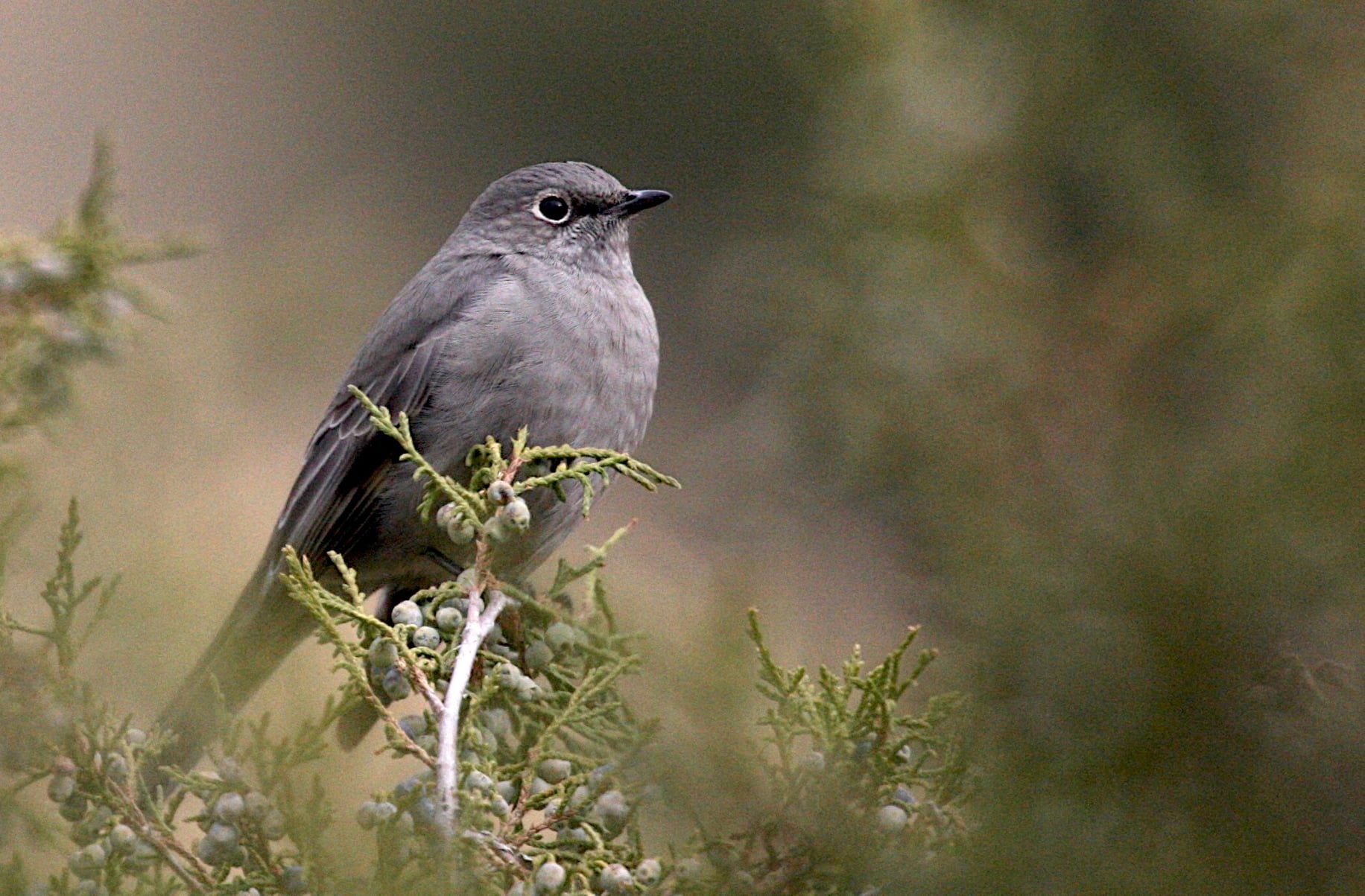 The appearance of a Townsend solitaire at Schramm State Park last fall caused me to blush a bit from embarrassment. Townsends are western birds. They love mountain regions that are coated with pine, fir and spruce forests.

I photographed a Townsend in a nearly deserted campground off the fabled Beartooth Highway more than three years ago. The Beartooth is a 68-mile offroad that winds down through southwest Montana, northwest Wyoming and empties into Yellowstone’s northeast entrance.

It was the last of September and a couple of hunters were the only users of the campground. Of course, the setting was perfect for a Townsend. But I completely biffed on the identification of the bird. I called it a blue-gray gnatcatcher, which also has a white eye ring.

Mark Davis, a former colleague at the Omaha World-Herald and now the outdoor writer for the Powell (Wyoming) Tribune, gently corrected me. The gnatcatcher, he said, is much smaller than a solitaire.

It is rare for a Townsend solitaire to appear in eastern Nebraska, but Steve Kruse, a Lincoln birder, said one or two always seem to show up each fall. When one was seen at Schramm, I was reminded that I needed to know more about it.

As its name implies, a Townsend solitaire is pretty much a hermit. They hang out in mountain regions during the warm months. They act more like flycatchers than thrushes when they prey on insects. They perch, wait for a morsel to pass by, then fly out and snatch it in the manner of flycatchers.

Juniper berries lure them to lower elevations in late fall. A study indicated a Townsend solitaire might eat as many as 84,000 juniper berries to survive the winter. A solitaire will staunchly defend its berry territory against most species, but they grudgingly give way to robins. I never realized robins were berry bullies, but I recently watched a flock of hungry robins chase a flock of cedar waxwings from a juniper bush laden with berries.

The first Townsend solitaire was collected along Oregon’s Willamette River in 1835 by John Townsend. Three years later, John James Audubon named the bird after him.