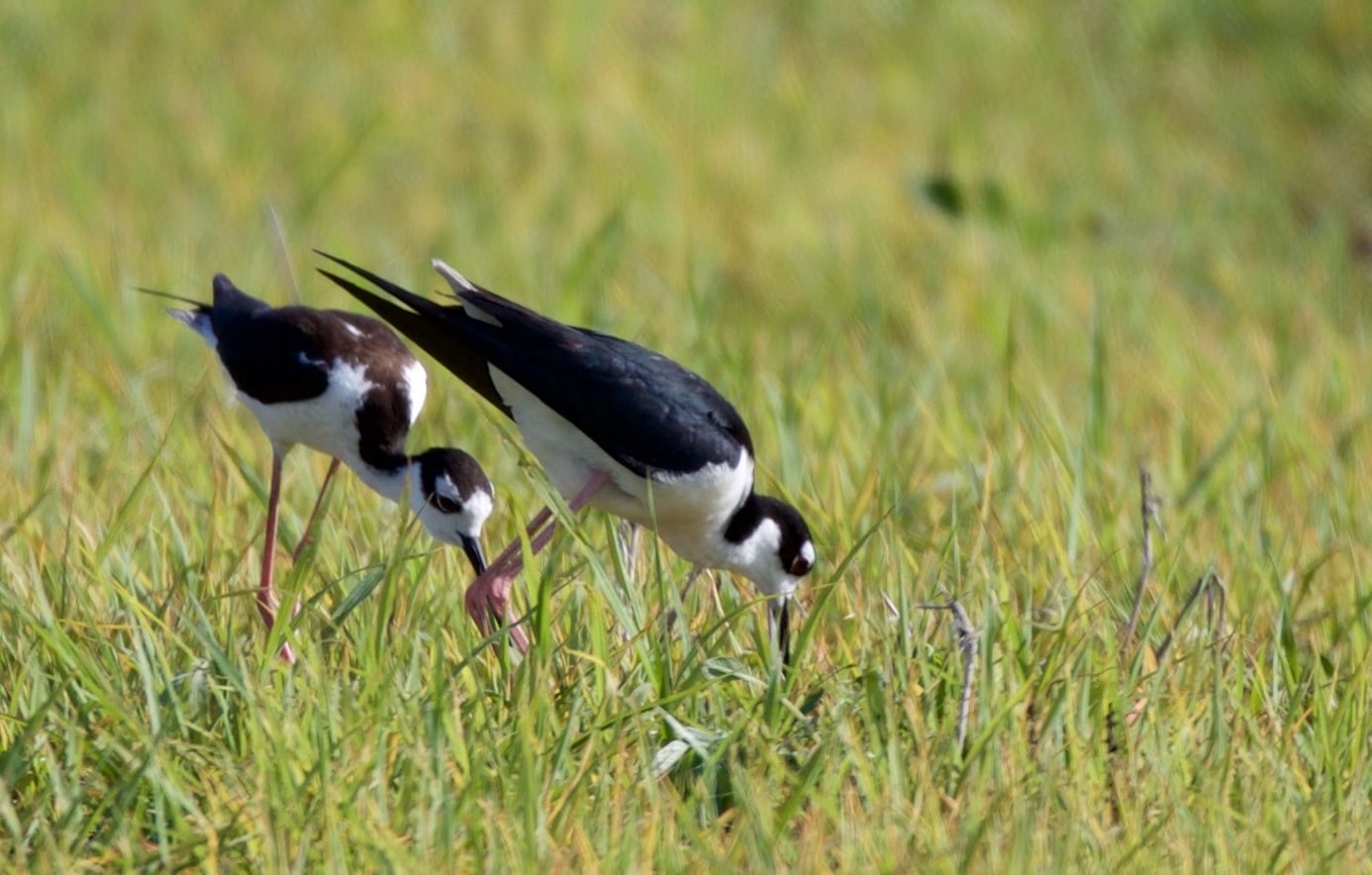 The maternity watch in York County ended in tragedy for three hoped-for offspring of black-necked stilts after their rare nesting effort in eastern Nebraska.

Liz Garcia of Utica faithfully monitored the nesting activity from the time she first spotted the nesters on June 9. She checked on them the evening of June 30 and everything appeared normal. The incubation period is from 21 to 26 days, and the hatchlings’ appearance was imminent. But when Liz returned the following morning, the nest was abandoned.

After a lengthy wait, Liz hobbled out to the nest and found no evidence that a hatch had occurred. Not even a fragment of a broken shell was in the nest depression that had been scraped out of the ground.

“I’m afraid a snake got them,” Liz said. “You root for one species and root against another. But that’s the way nature is. A snake has to eat, too.”

Liz knew how many eggs the nest contained because only two days earlier she had likely saved them. The nest was in a dried-up corner of a soybean field, which had been under water when the crop was planted. To the pair of long-legged shorebirds, the area appeared to be an ideal nesting site. But the shallow pool of rainwater in the corner quickly evaporated, leaving the shorebirds landlocked.

Lincoln birder Steve Kruse visited the nest site in late June and noted the nest was mere feet from the edge of the beans. “Somebody is going to spray that field,” Kruse predicted, “and those eggs are going to be destroyed.”

The ever-vigilant Liz, wearing a cumbersome knee brace to help mend a dislocated knee—the result of a collision with a large, exuberant dog—was watching the nesting activity a few days later when she saw a huge sprayer moving through the bean field.

“I got out of the car in my slippers and knee brace, waving both arms like a crazy lady,” she said. “The guy gets out and comes down. I asked him to please avoid running over or spraying the nest as it’s rare for this bird to nest here. I bet he thought, ‘What is this crazy lady doing?’ But he obliged.” She showed him the nest, which is how she knew it contained three eggs.

It is rare to see a black-necked stilt in eastern Nebraska even during the migration periods, let alone have a pair attempt to nest here. There was concern for the York County stilts because they had no water. But they rotated nesting duties, and the one that was relieved quickly flew off to find water and food. Hatchlings are covered with down and are able to walk after two hours. Liz had hoped the adults would be able to lead the chicks to water.

Black-necked stilts are uncommon or rare over much of the U.S. They are common along the California coast and in the western and southwestern states. They are about 30 inches in length, thanks to exceptionally long, pink legs. According to the American Bird Conservancy, they have the second-longest legs in proportion to their bodies of any bird. Only a flamingo’s are longer.

Stilts are about 15 inches in length, have a 30-inch wingspan and weigh only 6 ounces. The male has a greenish-blue sheen on its back, while the female has a brownish color. In the image of the pair tidying up the nest site, the male is in the foreground. The other images are of the male.