Biggest opossum either of us had ever seen 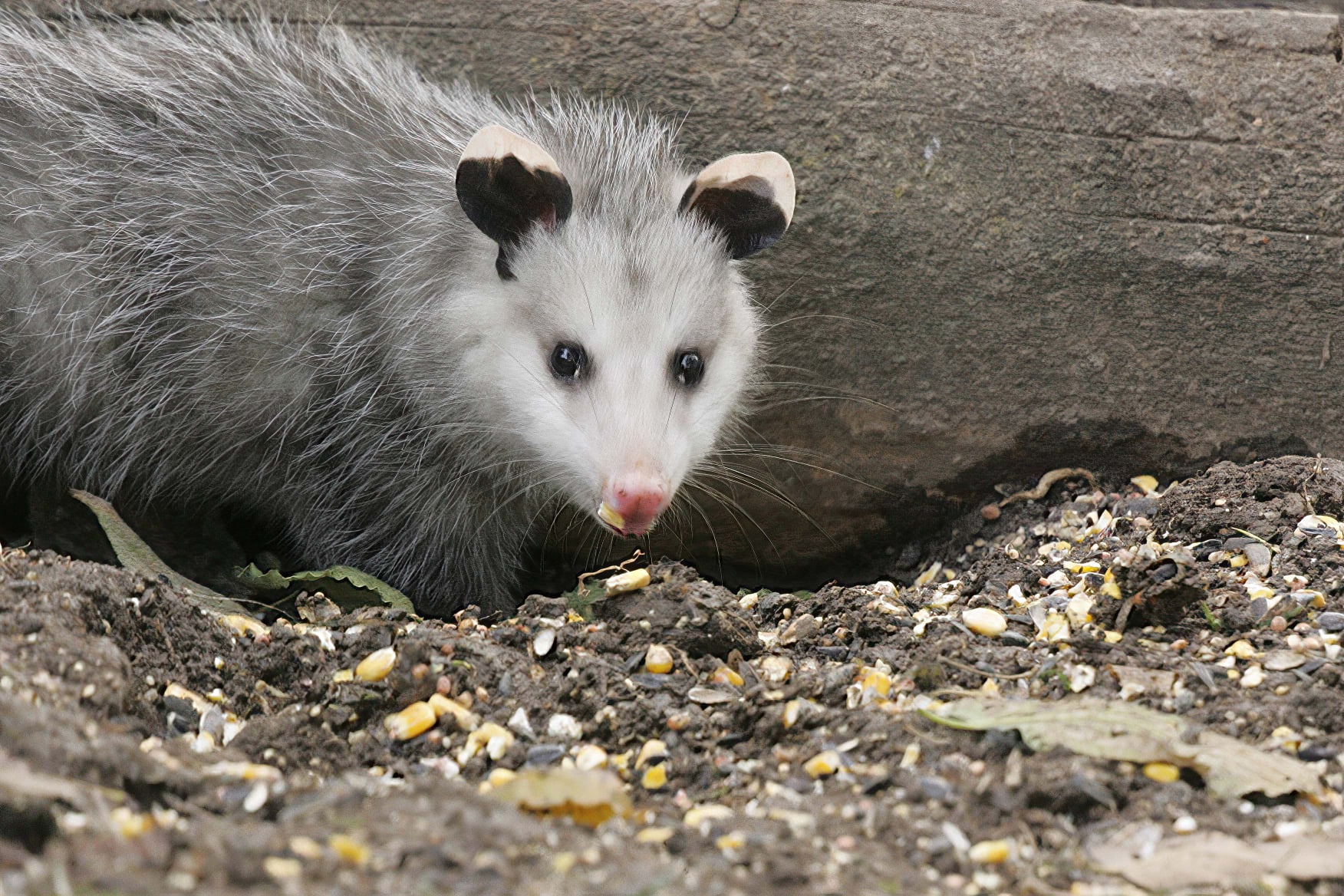 The late Jack Higgins had a warm heart and a willingness to help out whenever he was needed. Consequently, when a farmer friend asked him to tend his horses and chickens while he went on vacation, Jack readily agreed.

Jack finally set a live trap in the barn. He called me the next morning and asked if I would like to accompany him to the farm and check out what might be in the trap. How could I refuse? I was just as curious as he was.

Jack opened the barn door and a large rat-like critter caught in the cage began to hiss and bare a mouthful of teeth. It was the biggest opossum either of us had ever seen. Jack called it a bull possum. In the Old West, they hung horse thieves. In the New West, chicken thieves are shot. That ended the chicken plundering.

Ned Greer, a Council Bluffs, Iowa, dentist, set up a backyard visit to his mother’s house for me this past fall. Janet has been an avid birder her entire life. I wanted to photograph a fox sparrow, and one was a regular visitor to her feeder.

As I waited for the fox sparrow to appear, Janet told me how deer sometimes walk down a trail and into her yard. So I was half-expecting a deer to appear. Instead, a gray creature with a white face and a long, naked tail slowly appeared from the bushes. It didn’t have a graceful walk. Its gait is best described as a wobble. “That’s the first possum I’ve seen here,” Janet exclaimed as it began to snarf up bird feed that was on the ground.

I really didn’t know much about opossums so I checked out some Web sites. According to the Nebraska Game and Parks Commission, there was a reason the bared teeth of Jack’s bull possum left a lasting impression on me. A possum has 50 teeth, the highest number found in any North American mammal.

The pointed face and naked, scaly, prehensile tail immediately brings to mind the image of a rat. But possums are far more intriguing than rats. The tail helps keep their balance in trees, and they can even hang by it for a short time.

They are the only marsupial found in the U.S. or Canada. The average litter—twice a year—is 8 to 10, and the babies are no larger than honeybees at birth. They climb into Mom’s pouch (like baby kangaroos), attach themselves to a nipple for a couple of months and then crawl out. They travel with Mom either in the pouch or on her back for another month and at three months old are fully independent.

They eat more than chickens. A possum will kill and eat as many as 5,000 ticks in a season. That’s a huge benefit for humans, especially with the threat of Lyme disease and Rocky Mountain spotted fever. But they eat about anything—cockroaches, rats, mice and dead animals of all kinds. They eat snails, slugs and snakes, including copperheads and rattlesnakes. They are resistant to snake venom. As a result of their eclectic diet, they are a host to parasites that greatly increase their mortality rate. The average possum lives only 2½ to 3 years.

However, they might fake death several times. They are too slow to run, so their first response when threatened is to hiss and show those teeth. They also cut loose with a foul-smelling substance. If that doesn’t halt the attack, they fall into a catatonic state. They go completely limp, their tongues fall out and they appear to be dead. They aren’t “playing” possum. That reaction is involuntary and may last for up to six hours, according to Mass Audubon.

Opossums don’t hibernate and can remain inactive for short periods of time during severe weather. But they must forage on a regular basis, and extreme weather for prolong periods has devastating effects on the population.

When this possum appeared in Janet’s backyard, my shutter speed was set too low. I thoughtlessly began snapping, but the image of its head was blurred because it was slightly moving. So I turned to Jim Wickless of Lincoln for help. He uses Topaz Sharpen AI, an image sharpening software., Jim resurrected these images I thought were throwaways