Bald Eagle on the Prowl 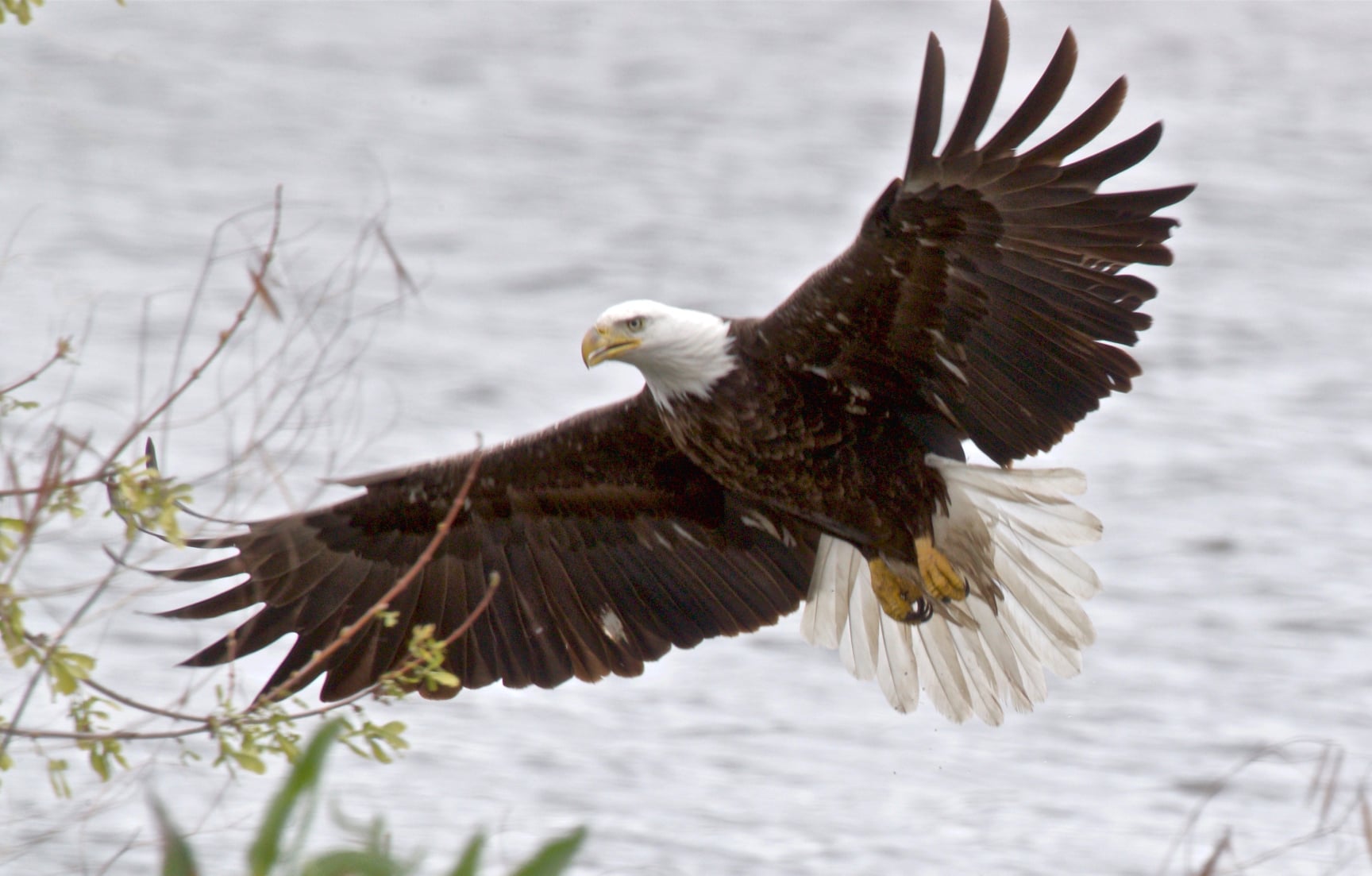 Coots are quite common on Midlands lakes—large or small—this spring. It was an overcast afternoon, and a large number of coots were lounging on or near a mud flat at Lincoln’s Holmes Lake as I drove through the suburban park.

Flying is not a coot’s strong point. They are even less graceful while taking off. They require a lengthy runway, and It is almost comical to watch them splash-step atop the water while frantically flapping their wings as they strive to become airborne.

I don’t know why I pulled off the road to watch this large gathering of coots. They are so ordinary that I almost yawn whenever I see them. But there was nothing else in the vicinity to grab my attention. I had been watching for less than a minute when the coots’ lazy afternoon suddenly erupted in a boil of feathers and squawks of alarm.

The ensuing pandemonium was almost like watching gray waves crash onto a beach. A dozen or so panic-stricken coots began to high-step and flap their way to shore. Another wave leap-frogged the first one. Then a third wave plowed into the first two. The coots resembled gray froth as they tumbled and rolled ashore, then scrambled to shelter in the shoreline vegetation.

Only an aerial predator could create such panic. But because I was still in my vehicle, I was unable to look skyward. Then a large, dark image swooped above the bushes that lined the shore. A bald eagle was on the prowl. As it cruised at low altitude in search of a victim, I grabbed my camera from the seat beside me and focused on an opening where I hoped it would pass. Click.

The eagle made two or three more passes, then settled down on a partially submerged log to survey the lunch menu from ground level. The coots must have found adequate cover because the eagle finally left with empty talons.