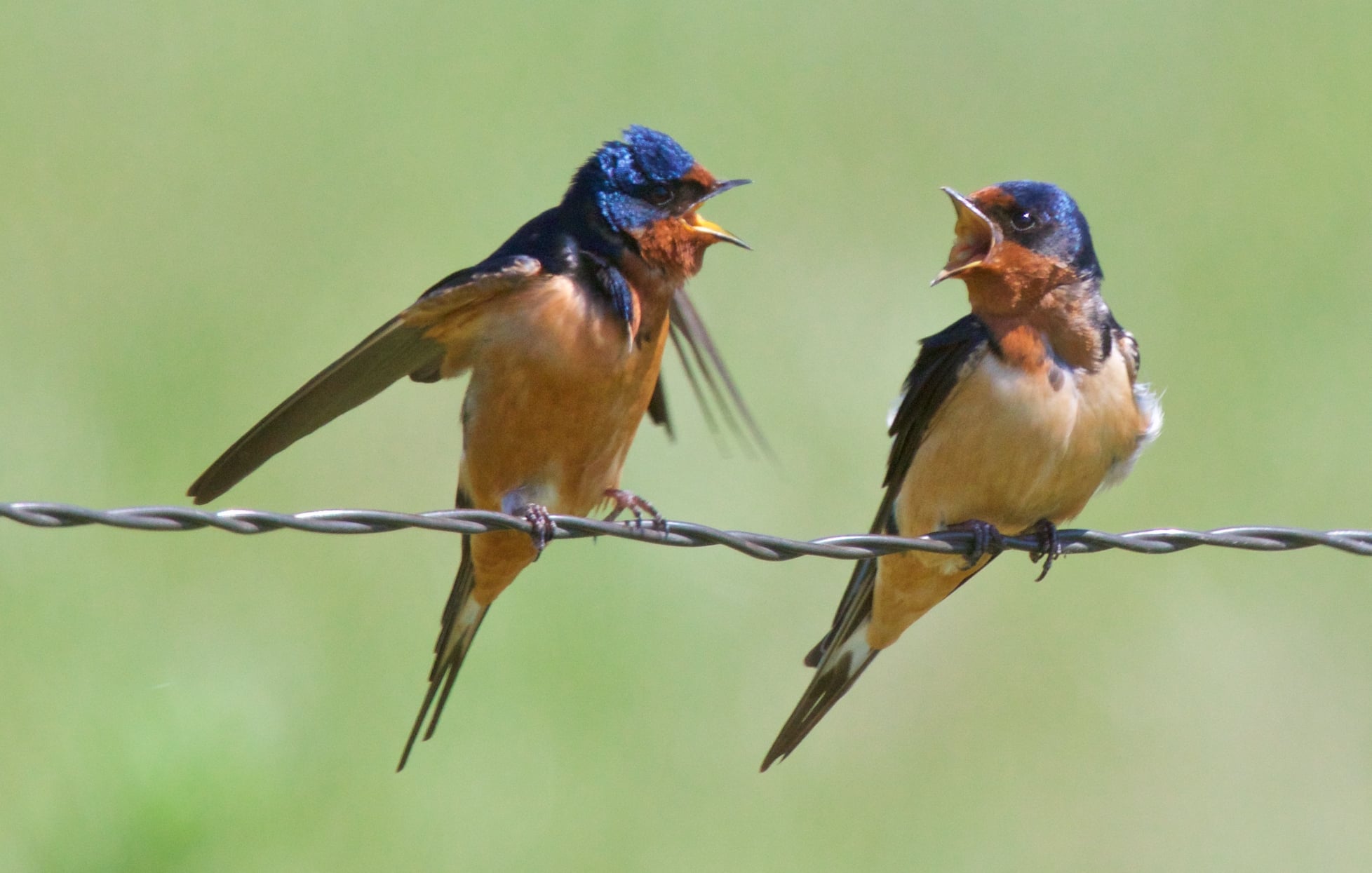 I know it’s deceiving to give human characteristics and emotions to animals, birds and inanimate objects, but there are times it just can’t be helped. The writing tool is called anthropomorphism, and there are lots of examples. Perhaps the most familiar is the Walt Disney movie “Bambi”.

This image of two barn swallows taken at Stagecoach Lake near Hickman, Nebraska, lends itself to an anthropomorphic moment. Are they arguing? Are they laughing at a joke?

They could even be discussing paternity. According to the Cornell Lab of Ornithology, male barn swallows aren’t much different than male bears, lions, monkeys or males of many other species. A barn swallow without a mate may kill the nestlings of a nesting pair. The infanticide often breaks up the nesting couple and gives the killer an opportunity to mate with the female.

That behavior doesn’t match the sweet, loving images we have of animals that are fostered by anthropomorphism. Donald Duck and Br’er Rabbit remain two of my favorite characters from childhood. But most of us realize that animals, birds and inanimate objects are not infused with human traits.

The use of anthropomorphism in television commercials is sometimes over the top. I’ve hunted bears. In the woods. I’ve never seen a bear use toilet tissue.
Larry Case, in a 2018 article for the Beckley, West Virginia, Register Herald, stated the “Bambi Syndrome” has been well documented for fueling the anti-hunting movement since the movie’s release in 1942. “Even before the film was released,” Case wrote, “Ray Brown, who was the editor of Outdoor Life magazine, sent a telegram to Disney pointing out how unrealistic the film was and bemoaning the terrible way sportsmen were depicted.

“This is a very complex issue,” Case continued, “and I’m not saying that everyone who saw “Bambi” went on to become anti-hunting, but there is no doubt that incidents which have a profound effect may stay with us for the rest of our lives. When you are 6 years old and witness Bambi’s mother getting killed, you are going to remember it for a while.”

“The base problem here, folks, is that “Bambi” is not real. Many of us want it to be, but it simply is not. Deer and rabbits and skunks don’t talk to each other and if a doe deer is killed, the buck does not help raise a fawn.”

Still, I wonder what those two barn swallows were squawking about.